Three giant steps back to normal life: Boris Johnson tries to mount a political fightback with foreign holiday list to be revealed this week, limit of 30 people at funerals abolished on May 17 and social distancing one-metre rule scrapped on June 21

By Glen Owen Political Editor For The Mail On Sunday

Boris Johnson today tries to mount a political fightback following weeks of turmoil by appealing directly to voters with a package of ‘real issue’ policies on lifting the lockdown and tackling crime.

The Prime Minister – who has been battered by criticism over his Downing Street flat renovations – promises to remove the limit on mourners at funerals from May 17, scrap the ‘metre plus’ social distancing rule from June 21, and, within days, issue the first list of ‘green’ countries that holidaymakers can visit without quarantine.

In addition, he uses an article for today’s Mail on Sunday to promise a crackdown on crime, including tougher measures to deal with drug gangs and street violence, and a new task force to counter a surge in dognapping. Mr Johnson also writes that given the ‘freedoms’ made possible by the vaccine rollout, ‘I have absolutely no doubt that our economy will bounce back strongly’.

He adds: ‘What I do know is that safety and security on our streets is absolutely critical for sustained investment and economic growth. That is why we must continue to use this moment to drive home our advantage – take out the gangsters and the misery they cause – and make our streets safe from Covid, and safe from crime.’ His comments come after weeks of rows over ‘Flatgate’, stories about lobbying sleaze and claims – which he denies – that he made insensitive remarks about the Covid death toll. Tory strategists hope that the headlines will be dismissed by voters in this week’s local elections as ‘Westminster bubble’ issues that do not affect their daily lives.

One of the most welcome moves in Mr Johnson’s fightback package will be scrapping the legal limit of 30 mourners at funerals from May 17.

Venues will instead be able to set their own capacity limits consistent with the ‘metre plus’ social distancing rule. It will apply to both indoor and outdoor services. The distancing rule will itself be dropped from June 21, heralding the advent of a near-normal summer.

A source said: ‘We will be able to go pretty far on abolishing social distancing.’ However, businesses will be encouraged to keep in place some measures, such as glass screens. 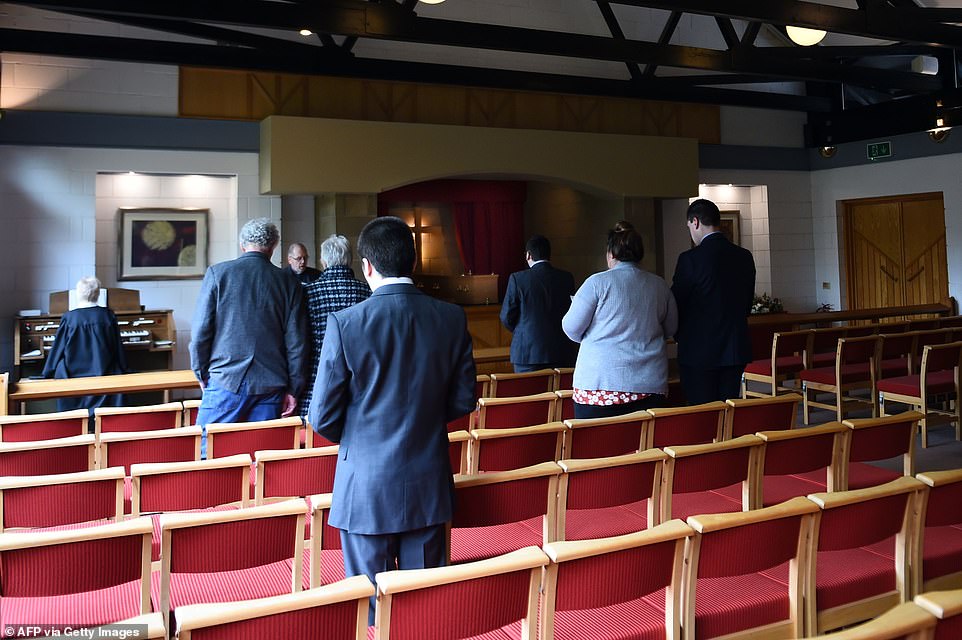 It has not yet been decided whether masks will be retained in certain settings, while some restrictions might be kept ‘in reserve’ in case there is a serious third wave of infections next winter, despite the success of the vaccination programme.

The list of ‘green’ countries which British citizens can fly to and from after May 17 is expected to be announced as early as Friday, and will be reviewed every three weeks.

According to one source, Portugal is ‘on the cusp’ of being included. A new Government slogan will tell potential holidaymakers: ‘Travel safely, plan ahead.’

Meanwhile, Lord Chancellor Robert Buckland will set up the pet theft task force to tackle the surge in the number of dogs being stolen since last year’s lockdown.

Mr Johnson is also launching a drive to stem what he describes as the ‘contagion’ of drug gangs using so-called county lines networks to spread ‘misery’.

The Prime Minister is trying to regain the political initiative after three separate investigations were launched into the No 10 refurbishments by the Electoral Commission, Cabinet Secretary Simon Case and Lord Geidt, the new adviser on ministerial interests. 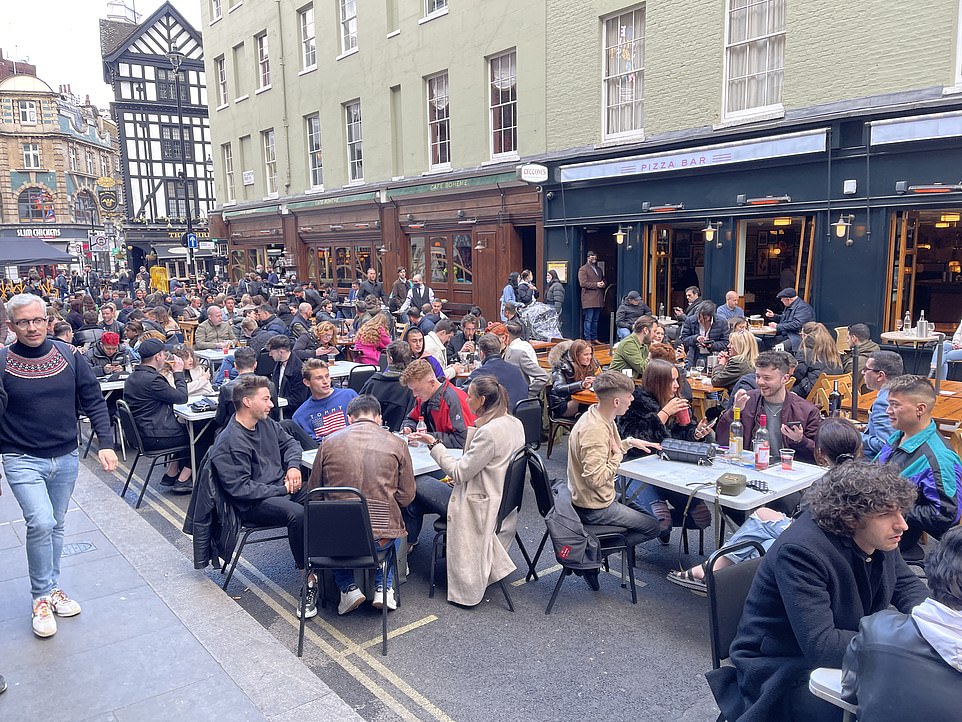 Last night, the Prime Minister faced fresh questions over his financial affairs after The Mail on Sunday was told that Tory donors had been asked if they would help the Prime Minister to cover the cost of his childcare. A senior Conservative source told this newspaper that one donor had reacted by saying: ‘Why should I have to pay for his baby’s a*** to be wiped?’

There were similar claims that Tory bankrollers were asked to cover the cost of a personal trainer for Mr Johnson. No 10 did not deny yesterday that donors had been approached, but insisted the Prime Minister had ‘personally paid’ for both members of staff.

When asked about claims that a friend of Mr Johnson’s fiancee Carrie Symonds had covered the costs, before being repaid by the Prime Minister, the spokesman said: ‘I’m not getting in to that.’

Meanwhile, Tory MPs mounted a rearguard action against the Electoral Commission, criticising its ‘lamentable record’ and urging the Prime Minister to axe the body investigating him. One MP, Peter Bone, said the watchdog ‘was not fit to investigate a drinks party in a brewery… It should be abolished.’

No 10 officials were also buoyed by more good news on the retreat of Covid: just seven deaths were recorded yesterday, the lowest comparable figure since September 4 and a fall of a third in the past week.

It means that the number of adults receiving their second jab is likely to pass the 15 million mark today.

In his MoS article, Mr Johnson turned his focus to law and order, saying: ‘We need to bring the hammer down hard on the gangs – at every stage.’

Portraying Labour as ‘soft on crime’, he writes: ‘We are backing the police in the fight, with new powers to tackle street violence (consistently opposed by Labour) and we are supporting their efforts with tougher sentences for serious sexual and violent offenders.’

And on dognapping, he says: ‘This crime is far too often dismissed as relatively trivial… I don’t agree. If you are cynical and nasty enough to steal a dog, in an organised gang, then you will almost certainly be party to other types of crime as well.’

Families are set to get the go-ahead to take summer holidays in some popular European hotspots before the end of the month, The Mail on Sunday can reveal.

The Government is expected to announce as early as this week the first countries that Britons can visit without having to quarantine – but the list is only believed to include a handful of destinations.

Sources say the so-called ‘green list’ will be updated every three weeks, raising the prospect that new countries – including popular destinations in Europe – will be announced before the end of this month. For much of the country, the half-term break starts on May 31.

Under the traffic-light system for foreign travel, those returning from green countries will not need to quarantine but will have to take two Covid tests – one before they return to the UK, which can be either a lateral flow or PCR test, and a PCR test on the second day after they arrive back.

Those who return from countries designated as either amber or red will still have to quarantine, either at home or in a hotel, and have three compulsory tests. Government officials are debating whether to stick to previous policy plans of having all children under 11 exempt from having to take the tests.

The majority of European countries are expected to be given amber status this week, but there is optimism that some will turn green when the list is next updated.

The ban on overseas holidays will end on May 17, along with the threat of fines for attempting to travel without a permitted reason.

Ahead of the cautious return to international travel, the Government will shortly unveil a new slogan ‘Travel Safely, Plan Ahead’. It will replace the current ‘Minimise Travel’ guidance. An announcement by Transport Secretary Grant Shapps of which countries have been given which colour is thought to have been pencilled in for Friday, although it could slip to early next week. Ahead of it, the Joint Biosecurity Centre (JBC), which provides evidence-based analysis to the Government, will assess the latest data from around the world.

The system is based on four main criteria – the percentage of the population that has been vaccinated, the Covid infection rate, any emerging coronavirus variants and the strength of a country’s genomic sequencing that would allow variants to be detected.

It is understood the JBC assessment means only a small number of countries will make the first ‘green’ list. These are thought to include Malta, Gibraltar and Israel.

Any tests required for travel for green, amber and red countries will have to be paid for privately. Costs, however, have been falling, with some firms charging just £45 per test.

Many countries require tests to be completed before leaving the UK, but Greece recently became the first major European country to announce that vaccinated Britons will not require any to enter. Spain, Portugal and France have also indicated they will follow suit.