It was a disappointing start to the day for Israeli athletes in Tokyo Tuesday morning, as swimmer Anastasia Gorbenko failed to score significant achievements in two races after a record-breaking run through the tournament, and judoka Sagi Muki was unexpectedly defeated in the final 16.

In the semifinals of the 200-meter individual medley — considered Gorbenko’s strongest event — the Israeli athlete came in fifth in her heat and 10th overall, completing the race in 2:20:70 and failing to qualify for the finals.

She also finished eighth in the 100-meter backstroke finals, with a time of 59.53 seconds, though her very participation in that event was considered a remarkable achievement for the 17-year-old.

After the races, Gorbenko said it was hard to swim in two races so close together, but that she was proud to make history.

“It was challenging to swim the 100m backstroke and then the 200m individual medley. That was probably what made it difficult for me. I will try to improve next time,” Gorbenko told the Sports Channel on Tuesday after the races.

Gorbenko had made history by reaching that final. Only two Israeli swimmers before her have ever reached an Olympic final: Eitan Orbach in Sydney 2000 (leading to an 8th place finish) and Yaakov Toumarkin in London 2012 (7th place). Gorbenko was the first woman to reach that stage.

“I am happy to be the first to do this, and I hope I will not be the last,” she said.

Israel’s Anastasya Gorbenko competes in a heat for the women’s 200m individual medley swimming event during the Tokyo 2020 Olympic Games at the Tokyo Aquatics Centre in Tokyo on July 26, 2021. (Odd ANDERSEN / AFP)

Also on Tuesday, judoka Muki, who had been considered a top contender for a medal at the Tokyo Games, lost to Shamil Borchashvili and was knocked out in the round of 16 after a fight lasting more than eight minutes.

Earlier in the morning he won his first fight against Eduardo Yudy Santos of Brazil.

After his loss, Muki said that although he was disappointed, he had done the best that he could.

“It was a difficult day,” he said in a post-match interview. “There was a very close fight, but I could not put things together to win it. Of course I did not want it to end like this, but I know I gave my all.” 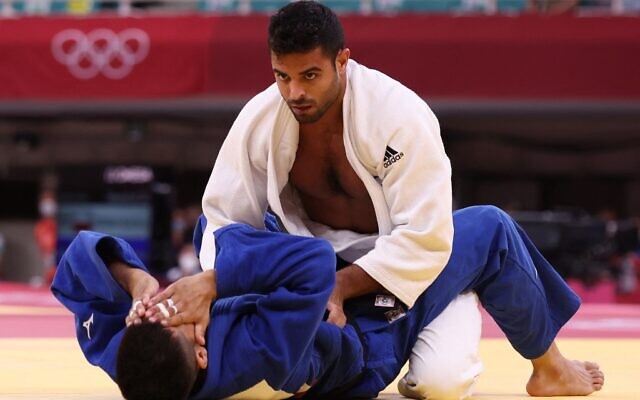 Culture and Sports Minister Chili Tropper said that although the loss was disappointing, he believed Israel’s Olympic medal dreams were not over yet.

“This is a disappointment, to tell the truth. But looking at the big picture, our delegation is in a very good position,” Tropper told Radio 103FM. “Overall, the atmosphere here is very good and I very, very much hope that we will bring home more medals.”

Saeid Mollaei — who is representing Mongolia after he left the Iranian team during the World Championship in 2019, revealing he was ordered to lose matches and withdraw from competitions to avoid facing Israelis — defeated Kazakhstan’s Didar Khamza to advance to the next round. Mollaei and Muki could have met in the semifinal had both their winning streaks continued.

Another Israeli judoka, Gili Sharir, was also out of the contest after losing her first fight to Australia’s Katharina Haecker. 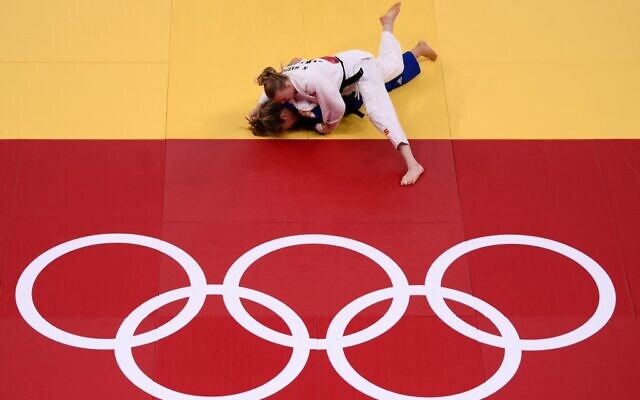 Australia’s Katharina Haecker (white) and Israel’s Gili Sharir compete in the judo women’s -63kg elimination round bout during the Tokyo 2020 Olympic Games at the Nippon Budokan in Tokyo on July 27, 2021. (Franck FIFE / AFP)

Monday also saw disappointment in judo after Timna Nelson-Levy and Tohar Butbul advanced to the quarterfinals, but were then knocked out of the tournament in the repechage.

Butbul automatically won his first two rounds when an Algerian rival and a Sudanese rival both quit to avoid facing the Israeli. 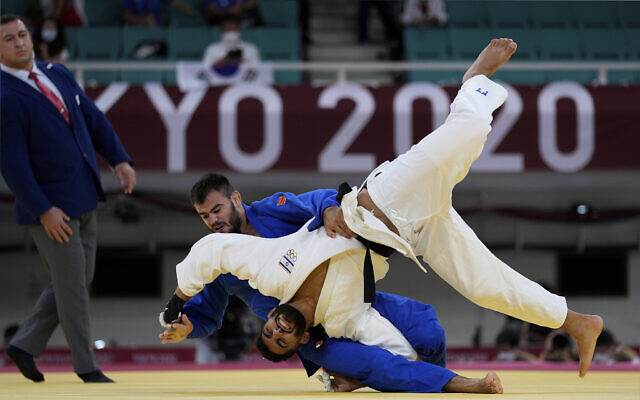 Swimmer Andi Murez narrowly miss out on the semifinal in the women’s 200-meter freestyle event, placing 19th (only 16 qualify) with a time of 1:58.97. 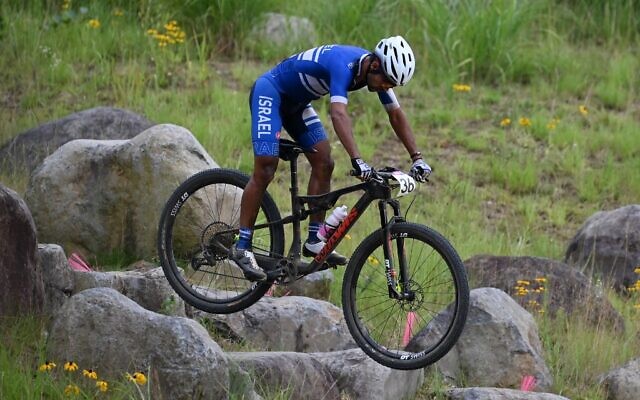 On the badminton court, Misha Zilberman fell 1-2 to Mark Caljouw of the Netherlands, after winning his first match.

Zilberman’s qualification depends on the outcome of his remaining match.

Meanwhile, Israelis continued to compete in windsurfing, with Yoav Cohen and Katy Spychakov each remaining fifth in their respective men’s and women’s RS:X event after six of 12 races.