Leo Tolstoy never gave the few Jewish characters mentioned in his works names or individual identities. He almost did once, but changed his mind.

That, of course, does not make Tolstoy an anti-Semite.

One time, he refused to allow Constantin Shapiro, an apostate Jew and personal photographer to the Russian royal family, onto his premises, later calling him, “The Jew Shapiro,” when referring to the incident.

Despite converting to Russian Orthodoxy at a young age, Shapiro was a celebrated Hebrew lyricist who maintained close ties to Jewish culture and people, even leaving tens of thousands of rubles to Zionist causes when he died. On philosophical grounds, the Christian Tolstoy was apparently not a big fan of conversion in general. Perhaps it was that. Maybe he was just not fond of Shapiro’s lyrics. Or perhaps he was an anti-Semite.

Self-portrait of Constantin Shapiro taken in the mid-1870s. From the Abraham Schwadron Portrait Collection, National Library of Israel archives

Tolstoy once said, “I have met and know a great many good Jewish people.” It was the “My lawyer is Jewish” of its day.

Many of his disciples were, in fact, Jewish, though. When one of them, A.B. Goldenveizer, once tried to run up a hill and subsequently fell, losing consciousness, his teacher reportedly remarked, “All this happened because everywhere Jews always strive to be first.” On another occasion, following a disappointing meeting with the well-known German-Jewish writer Berthold Auerbach, Tolstoy described the latter as “Nothing but a Jew.” It does not seem related to his verse. 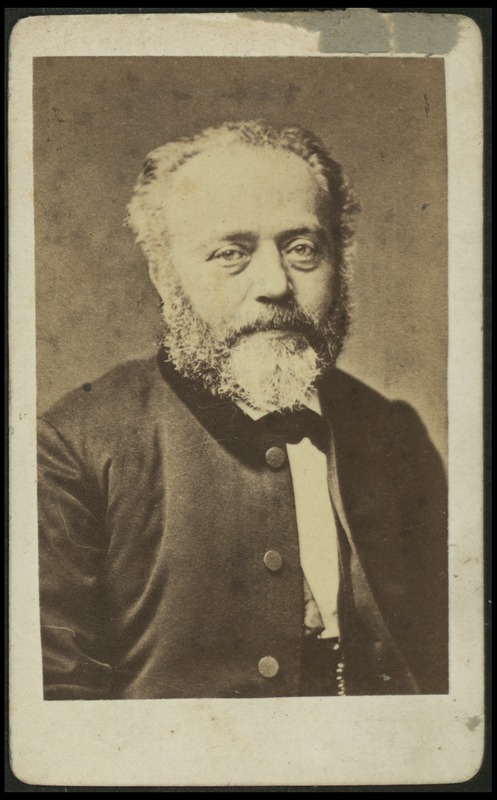 Nonetheless, Tolstoy also had a number of Jewish acquaintances and perhaps even friends, like Leonid Pasternak, the chief illustrator of his novels, or Rabbi Solomon Alekseevich Minor of Moscow, the famous author’s Hebrew teacher. Tolstoy very much respected Rabbi Minor and often frequented Pasternak’s home, where he hung out with Russian Jewish intelligentsia. 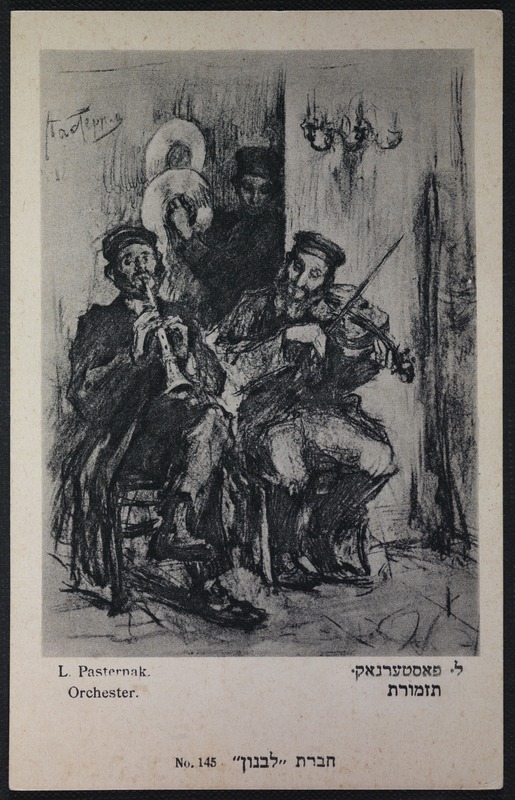 Illustration of a klezmer band by Leonid Pasternak. From the Postcard Collection, National Library of Israel archives

Thanks to Rabbi Minor’s instruction, Tolstoy read the Hebrew Bible in the original, concluding that it was full of “minute, meaningless, and often cruel rules” — in his opinion, a contradictory faith to the superior Christianity.

Tolstoy was not a black and white kind of guy, though. His views were nuanced and vacillated over time. Within just a few years, the “unlit candle” may have become an “eternal fire.”

In “What is a Jew?” allegedly written by Tolstoy in 1891, the answer given to the question posed in the essay’s title is: “A Jew is that sacred being who has brought down from heaven the eternal fire and has illuminated with it the entire world. He is the religious source, spring and fountain out of which all the rest of the nations have drawn their beliefs and religions.” In recent decades, doubt has been cast on the essay’s authorship, though, with evidence indicating that it may have been written by someone named G. Gutman as early as 1871, and not published under Tolstoy’s name until 1908, when it appeared in the Warsaw-based Yiddish-language magazine, Teatr Welt.

Nonetheless, around the time he allegedly authored “What is a Jew?” Tolstoy did in fact write the following words to Jewish journalist Faivel-Meyer Getz:

The moral teaching of the Jews and the practical example of their lives stand incomparably higher than the moral teaching and the practical example set by the people of our quasi-Christian society… Judaism, by adhering to the moral principles which it professes, occupies a higher position than quasi-Christianity in everything that comprises the goals of our society’s aspirations. Christian people do not possess any moral principles, and the result is that hate and persecutions abound.

One of the most notable cases of “hate and persecution” abounding at that time was the infamous Dreyfus Affair, about which Tolstoy controversially remained silent. He also initially stayed silent following the brutal Kishinev Pogrom. He was a thinker and not a publicist, Tolstoy argued in his own defense. Nonetheless, ultimately he decried the pogrom as a “villainous act,”,signing a published letter of protest to the mayor of Kishinev and even sending literary works to Sholem Aleichem to be included in a book dedicated to the victims. 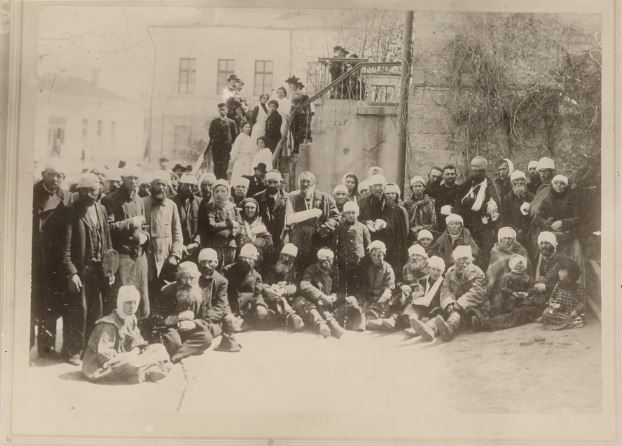 Victims of the Kishinev Pogrom outside the Jewish hospital, 1903. (From the National Library of Israel archives)

When asked about his view on the Jews a few years later, Tolstoy responded, “I can only answer as the teaching of Christ instructs us to behave toward people who are our brothers. The more unpleasant they appear to us, the greater the effort we must exert not just to overcome this hostility, but to awaken in our heart love for them.”

Though perhaps less influential now than a century ago, Tolstoy has undoubtedly had a significant impact on Jewish culture.

“Tolstoy’s Farm” — the South African prototype for the Gandhian ashram — was bankrolled by one of many Jews who admired his teachings and worked closely with Gandhi in India. Around the same time, many of the most prominent Zionists studied Tolstoy and tried to live his teachings. A.D. Gordon, one of the most important ideologues of the early Zionist movement, was known as the “Tolstoy of Palestine.”

In 1928, Nobel Prize-winner Bertrand Russell wrote in The Forward that “Tolstoy is the nearest approach to a Hebrew Prophet that modern times have produced. If he prefaced his words by ‘Thus said the Lord,’ it would seem quite natural, for there is a convincing tone of authority about his denunciations, which makes it very difficult to disbelieve what he is saying.”

Thus said the Lord: “I have met and know a great many good Jewish people.”

Thanks to Prof. Brian Horowitz and Misha Beletsky for their invaluable input.

For more stories like this one, check out the National Library of Israel blog:
“Gandhi’s 1939 Rosh Hashanah Greeting to the Jewish People”
“Why ‘Anti-Semitism’ Was Not in the Original Oxford English Dictionary”
“Samuil Polyakov: Life as a Jewish Tycoon in 19th Century Russia”

Note: This article originally appeared on the National Library of Israel blog.

Manager of European content and global media relations at the National Library of Israel, Zack likes history, reading and thinking (not necessarily in that order), and tries to learn something from everyone. He lives in Jerusalem with his wife and three smart and cute kids, for which he is grateful.