Deputy Health Minister Yoav Kisch on Thursday said he was increasingly concerned about the necessity for a possible third national lockdown in Israel to contain the coronavirus, warning against further easing restrictions until an additional drop in infections.

“This is the first time I’m saying this,” he told Channel 12 news. “I see morbidity rising, I see we’re continuing to [re]open, I see malls deciding on their own to open without any guidelines.”

He said if such patterns continue, “a third lockdown will probably arrive.”

Kisch, a member of Prime Minister Benjamin Netanyahu’s Likud party, appeared to criticize the pace at which restrictions put in place during the second national lockdown were being lifted.

“We have dropped the policy of not opening before we see morbidity declining,” he lamented.

MK Yoav Kisch, then-chairman of the Interior Affairs Committee at the Knesset, on July 12, 2018. (Yonatan Sindel/Flash90)

Meanwhile, the director-general of the Health Ministry was asked if there would a lockdown during the Hannukah holiday, which this year runs from December 10-18.

According to Levy, the basic reproduction rate — the average number of people each virus carrier infects — is currently over 1.0, when 0.8 had been defined as the threshold beyond which restrictions would stop being eased.

A reproduction rate above 1.0 means the number of active cases is rising rather than declining.

Despite these warnings, Levy said a pilot plan for reopening malls would soon be launched.

But some malls were threatening Thursday to reopen their doors immediately, in violation of the pandemic regulations.

Malls have been closed since mid-September under lockdown rules. Street-front stores have recently been allowed to reopen, with a cap on the number of customers, which was raised from four to 10 on Wednesday. 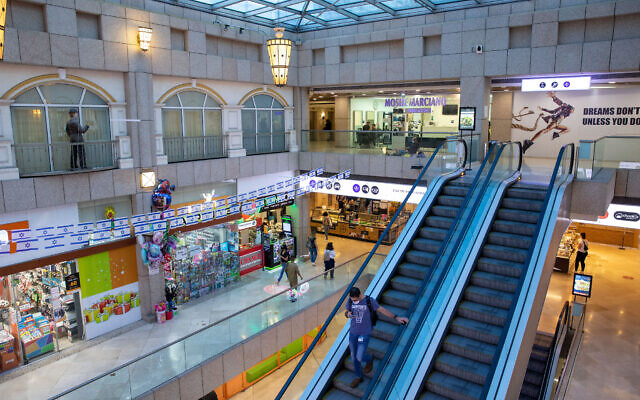 Levy also called on teachers to be tested for the coronavirus, ahead of the expected return to class of grades 5-6 next week. He said grades 11-12 were likely to return to school the following week.

The high-level coronavirus cabinet is set to convene Sunday to discuss further steps. 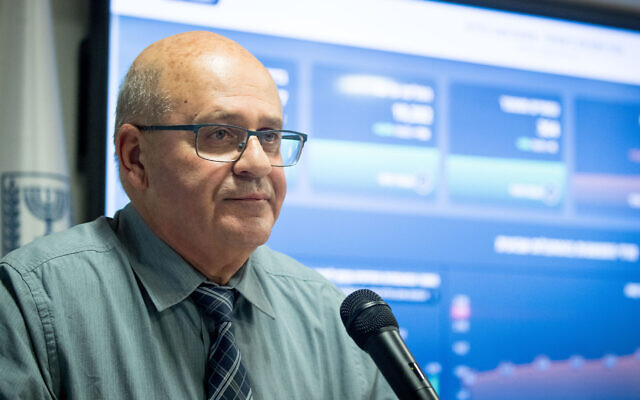 Health Ministry Director-General Chezy Levy during a press conference in Jerusalem about the coronavirus, on July 13, 2020. (Yonatan Sindel/Flash90)

According to the Health Ministry, 781 new coronavirus cases were recorded Wednesday, which along with another 210 cases so far on Thursday brought the number of infections in Israel since the pandemic began to 326,770.

Of the 8,518 active cases, there were 314 people in serious condition, including 126 on ventilators. Another 81 people were in moderate condition and the rest had mild or no symptoms.

The Health Ministry said 45,424 tests were performed Thursday, 1.7 percent of which came back positive. 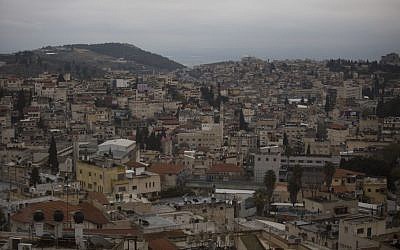 A view of the Northern Arab-Israeli city of Nazareth, on January 26, 2016 (Lior Mizrahi/Flash90)

According to Channel 12, ministers were expected to declare a local lockdown on the northern city of Nazareth, after a recent surge in infections there.

Nazareth, which has around 77,000 residents, currently has the second-highest number of active cases of any city in Israel, behind only Jerusalem, which has a population of over 900,000.

Ministers on Wednesday declared the northern city of Arraba a “restricted zone,” subjecting it to stricter limitations to contain the virus. Arraba currently has one of the highest per capita infection rates of any locality in the country, according to the Health Ministry.