Scientists at Jerusalem’s Hebrew University have managed to genetically engineer a potato to glow in a particular color when it is feeling under the weather.

Like humans, plants suffer stress if it is too hot or cold, or if they don’t get enough food or water.

New research published in Plant Physiology by Matanel Hipsch under the direction of Dr. Shilo Rosenwasser of the university’s Department of Plant Sciences describes the implanting of a gene with a fluorescent protein that changes color according to the level of free radicals — oxygen-containing molecules that accumulate when an organism is experiencing stress. High levels of free radicals can cause significant damage. The fluorescent signaling is picked up by a special fluorescent camera.

Dr. Rosenwasser told The Times of Israel that the work was still at the research and development stage and that the team planned to develop an easy-to-use and affordable camera for farmers to use. The hope is also to extend and if necessary adapt the technology to measure stress in other crops, he added.

The genetic engineering approach contrasts with the more mechanical field of plant nanobionics being advanced at the Massachusetts Institute of Technology.

Rather than tampering with genes to get plants to do certain things, plant nanobionics uses minuscule sensors — tiny engineered particles that can access a plant’s cells and even subcellular structures, such as chloroplasts.

The MIT sensors are made by combining infinitesimally small tubes with a polymer coating to create fluorescence and emit light. The fluorescence changes color the moment a target material binds with the polymer coating. This color change is picked up by an infrared camera, which sends an alert to a cellphone or email address.

Used to detect the presence of materials such as arsenic in groundwater — a real problem for many rice farmers who cannot afford laboratory testing — MIT’s laboratory, led by Prof. Michael Strano, has also begun to use the sensors to intercept chemical signals that the plant sends when it is under stress.

Plants don’t only detect problems, but also have “internal signaling like humans have nerves,” Strano told The Times of Israel earlier this year.

MIT has even stretched the technology to make plants glow. 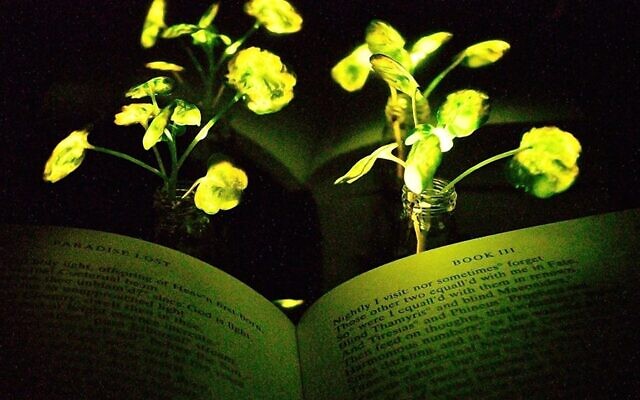 Rosenwasser said that the genetic approach had pros and cons. One advantage was that the genetic encoding only has to be done once. The characteristic passes on to all future generations of the plant that was tweaked. The downside was the fear that people have of genetically modified crops.

One way to counter the latter, Rosenwasser continued, was to plant a certain number of modified potatoes in a field that would communicate stress, and to remove them before the other potatoes are harvested for sale.

The research is being carried out at Hebrew University’s Robert H. Smith Faculty of Agriculture, Food and Environment. 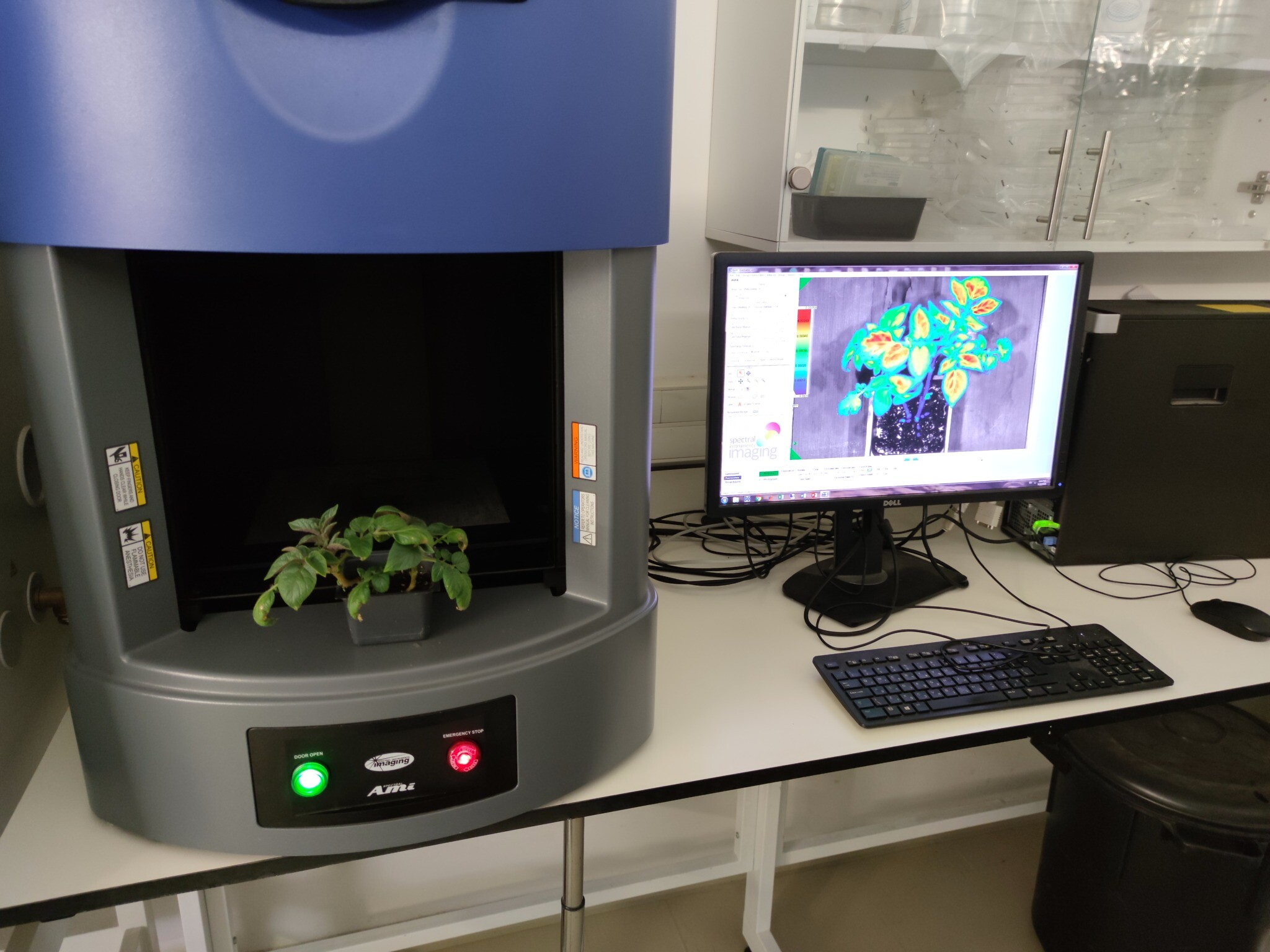