Following Mandelblit’s missive to Katz, Likud and Blue and White on Friday morning agreed to make an appointment to the post on Sunday, according to Hebrew media reports.

Yaheli Rotenberg is expected to be appointed to the post, which has been left empty for weeks following Hizkiyahu’s departure.

Mandelblit wrote to Katz: “It is impermissible to leave the post of accountant general unmanned… Failing to appoint permanent senior officials hurts the stability and proper function of the entire civil service, and so creates great legal difficulty.

“I will thus ask that you urgently take action to [temporarily] appoint a ministry employee to the post until a permanent appointment — which must also be urgently approved — is made.”

The Finance Ministry has been shedding senior officials amid the political deadlock and budget freeze. Its director-general and budgets chief quit in recent months, as have three of the budget department’s five deputies and other top officials.

Katz announced Rotenberg as Hizkiyahu’s replacement last month, but could not carry out the appointment: Prime Minister Benjamin Netanyahu has issued a de facto freeze on all appointments of senior officials in Blue and White-controlled ministries – especially the Justice Ministry – and Defense Minister Benny Gantz has responded by refusing to allow a cabinet vote on appointments in Likud-led ministries like health and finance. 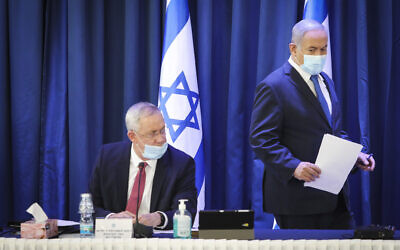 The mass resignations at the Treasury have stemmed from ongoing disagreements over how to stem Israel’s coronavirus infection rate while attempting to minimize damage to the economy, with assertions that decisions are being politicized and that Katz is stifling debate.

Quoting comments to her close associates, Ynet reported that former director-general Keren Terner Eyal — who took over after her predecessor Shai Babad resigned in May — had complained that “what’s going on in the ministry is crazy. Everything here is [done by] shooting from the hip. There are no professional consultations. I can no longer continue in this situation.”

Channel 13 quoted her associates saying she was pushed over the edge by her belief that decisions were being imposed from above for political reasons, and felt unable to remain in the post especially with jobless totals skyrocketing.

She reportedly also complained that the ministry’s failure to prepare a state budget was “unforgivable.” 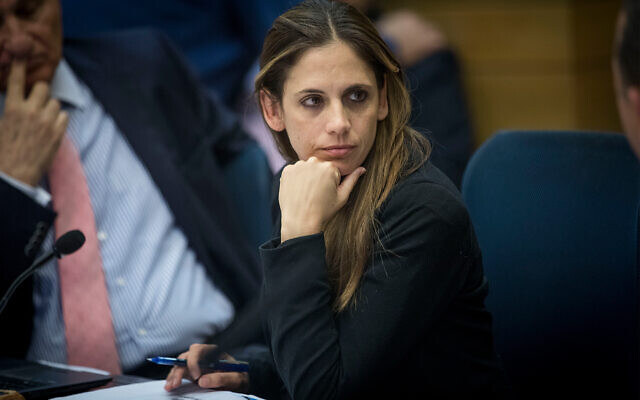 Keren Terner Eyal, then-director general of the Transportation Ministry, attends a hearing at the Knesset, on March 20, 2017. (Yonatan Sindel/Flash90)

The head of the Treasury’s budget department Shaul Meridor resigned in August, writing to Katz: “I can’t lend a hand to the poor conduct taking place in recent months, which all Israeli citizens will pay a heavy price for in the coming years.

“Unfortunately, you are not enabling me and many other public servants to do our jobs.”

He decried a decision-making process influenced by “narrow interests” and the “blatant contempt for staff work,” alleging the ministry’s financial toolbox had been trampled on and that decades-old rules were being disregarded.

Meridor warned that the government was making fateful decisions haphazardly and unprofessionally, and had imposed an “atmosphere of terror” among the professional echelon in the ministry to try to stamp out criticism.

Katz responded to the resignation by accusing Meridor of objecting to his policies for “political reasons.” Netanyahu lashed out at Meridor for opposing his plan to disperse financial aid to all Israelis, a strategy that has met with considerable backlash — from economic experts, opposition leaders, and members of the public who said aid should be going to the country’s struggling populations, and not to those people who have not been greatly damaged by the coronavirus crisis. 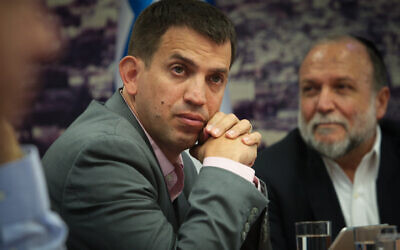 Terner Eyal, in a series of tweets, said in July that it was “very difficult for me to remain indifferent to the unprecedented criticism of my ministry’s staff, and in particular the head of the budget department, Shaul Meridor.”

She lamented “the very violent discourse that has been developing against us on social media.”

Officials have for months charged Katz with pushing policies for political reasons with the goal of boosting Netanyahu and the Likud party. Katz has also been accused of stifling any dissent by ministry officials.

Manuel Trajtenberg, an economics professor at Tel Aviv University and Haifa’s Technion, and a former Labor MK, has said the Treasury is “falling apart,” with its senior officials quitting or being fired one after the other. The top professional leadership spots were now vacant, he told Army Radio, and the ministry had effectively been “annexed” by the Prime Minister’s Office and Netanyahu’s economic adviser Prof. Avi Simhon.

Meanwhile Israel has been without a state budget since 2019 and could end 2020 without one, due to an ongoing feud between Likud and Blue and White over whether the budget should include 2021 as well.

Gantz of Blue and White is calling for the budget to cover all of 2021, as agreed in the coalition deal, while Netanyahu is insisting that it only address 2020, which would provide him with another exit ramp to go to elections without having to hand over the premiership to Gantz, as part of their power-sharing deal.

Israel, like most countries, has seen its economy take a significant hit as a result of the coronavirus pandemic and the many closures and restrictions it has entailed. The country has had two lengthy lockdowns and unemployment has surged as many businesses have been forced to close or downsize, either temporarily or permanently.

Israel’s later numbers from the Employment Service have shown unemployment in the second half of October stood at 18 percent, or some 733,000 people.