President Trump and anyone else linked to the U.S. strike one year ago that killed a notorious Iranian general “will not be safe on Earth,” a top official in Tehran warned Friday, according to a report.

Speaking in Tehran on Friday, Ebrahim Raisi, Iran’s judiciary chief, said not even Trump was “immune from justice” for his role in the strike in Baghdad that killed Gen. Qasem Soleimani, a major general in Iran’s Islamic Revolutionary Guard Corps, the Times of Israel reported.

“They will witness severe revenge,” Raisi told the gathering at Tehran University, referring to Trump and U.S. military leaders. “What has come so far has only been glimpses.”

“Do not presume that someone, as the president of America, who appeared as a murderer or ordered a murder, may be immune from justice being carried out. Never,” Raisi reportedly continued. “Those who had a role in this assassination and crime will not be safe on Earth.”

Sunday will mark the anniversary of the death of Soleimani, who was also the long-running leader of the elite intelligence wing called Quds Force – which itself has been a designated terror group since 2007. Considered one of the most powerful men in Iran, he routinely was referred to as its “shadow commander” or “spymaster.”

“By committing a craven act of terror against Gen Soleimani, the US violated int’l law & the UN Charter in a blatant violation of Iraqi sovereignt. … Iran won’t rest until bringing those responsbile to justice.”

Other top Iranian leaders, including Supreme Leader Ayatollah Ali Khamenei, have previously spoken of retribution for the death of Soleimani, the Times reported. 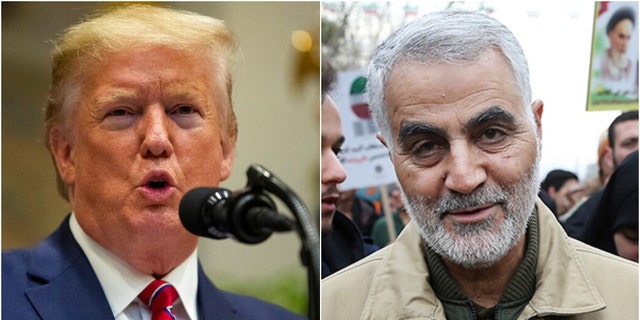 At the same event Friday, Iranian Gen. Hossein Salami, the top commander of the Revolutionary Guard, said Iran was fully prepared to respond to U.S. military pressure as tensions remained high between Washington and Tehranin the final days of Trump’s term as president. 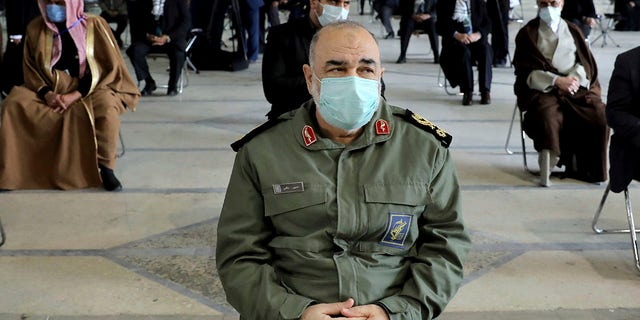 In a recent show of strength, the U.S. military flew two B-52 bombers on a mission in the Middle East earlier this week, marking the third time in 45 days that U.S. Air Force bombers had flown missions in the Persian Gulf region.

The U.S. bombers flew without incident with no immediately apparent Iranian retaliation.

Previously, just two days before Christmas, President Trump issued a stern warning to Tehran after several rockets were fired at the U.S. Embassy in Baghdad on Dec. 20.

“Some healthy advice to Iran,” the president wrote. “If one American is killed, I will hold Iran responsible. Think it over.”