Turkey is ready to lend all kinds of support for Afghanistan’s unity but will follow a very cautious path, President Recep Tayyip Erdoğan has said, reiterating it will first wait to see what sort of an administration the Taliban would establish to run this country with 40 million population.

“As Turkey, our objective is that Afghanistan should quickly recover. The Afghan people can no longer bear such a burden. It has a population of around 40 million and is a huge country. We are ready to give all kinds of support for Afghanistan’s unity and solidarity. As long as we see that approach in this sense from Afghanistan,” President Recep Tayyip Erdoğan told journalists accompanying him on his return from Montenegro on Aug. 29.

The Taliban’s initial statements are moderate, but there are still doubts and Turkey will follow a very cautious policy, Erdoğan said, adding, “Look, around 200 people were killed unexpectedly. There are Taliban members among the death toll. The intelligence says DAESH-Khorasan is behind. We should therefore follow a cautious line.”

Turkey will first see how the Taliban will run the country in the coming period, Erdoğan said, recalling that Turkey has been supporting Afghanistan in the past 20 years concerning the country’s infrastructure and urban superstructure. “But, you see, for instance, the Taliban inflicted serious damage in northern Afghanistan. For instance, [General Rashid] Dostum, who is also a Turk, had to leave Afghanistan because he was under threat. Now, these are thought-provoking developments. We don’t know what will happen tomorrow,” he stressed.

Turkey is willing to help but the doors should be open to this end, Erdoğan underlined, repeating that the Turkish intelligence is continuing its talks with the Taliban. On a question, Erdoğan said Turkey may mull over making a deal with the Taliban for running the Kabul airport should the group make a proposal to Turkey. 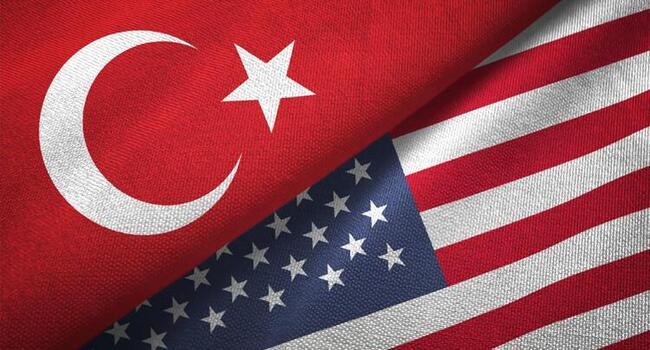 “If something like this [is offered], we will make our assessments,” he said, stressing Turkey will take charge if it believes that it has to do it.

“On the airport issue, Taliban says ‘You operate it but give the security to us.’ How can we give security to you? How will we explain to the world if another bloodshed happens after you take the security? It’s not an easy job,” he stated.

Turkey has completed the evacuations of its troops and other officials from Afghanistan, Erdoğan informed, saying that the Turkish Embassy in Kabul has resumed its activities as the diplomats have returned to the embassy building after a two-week-long work from the airport. “Our current plan is for the continuation of our diplomatic presence. We are updating our plans in accordance with the security conditions. We are keeping our contingency plans active in line with all the probabilities. The security of our personnel is our priority,” he added.

On a question, Erdoğan said he believes that the Taliban’s view on women will not be like 20 years ago and that the group will change. Turkey will help Afghanistan through a reformist stance should the rulers will demand such a thing, he suggested.

Erdoğan challenged former U.S. President Donald Trump who claimed that he entirely defeated the ISIL during his presidency. “As a matter of fact, I don’t find this statement right. This is out of the question,” he said, stressing that the U.S. could not eliminate the ISIL because its struggle was not serious and committed.

“There is only one country in the world that fought the DAESH in a determined way, and that is Turkey,” Erdoğan said, expressing his wish that the U.S. would now fight to eliminate the ISIL-K in a decisive way. “Now, because we have DAESH-Khorasan, let’s continue our fight against it. We will take steps with them,” Erdoğan said, referring to the U.S.

On a question about ties with Armenia after Armenian Prime Minister Nikol Pashinyan suggested that relations between the two countries could be normalized in due course, Erdoğan suggested that joint constructive steps could be taken to ensure sustainable peace and co-existence. “There is a need for new and constructive approaches in our region. Although there are differences of opinion and expectation, it will be a responsible course of action to make a sincere effort to develop good neighborly relations on the basis of trust, including respect for each other’s territorial integrity and sovereignty,” Erdoğan said. The parties should avoid unilateral accusations and using history as a source of enmity, Erdoğan stated, saying, “We can work to gradually normalize our relations with an Armenian government that has declared its readiness to move in this direction.”

On a question about a Russian official’s claim that Turkey and Russia are discussing the former’s acquisition of the second batch of S-400 air defense systems, Erdoğan said Turkey has no hesitation on this matter, including the procurement of the second batch. “We have so many steps with Russia on the defense industry and S-400s. Let me tell you another possibility. For instance, we have used Russia’s Ilyushin planes in fighting the recent forest fires. We have discussed this matter in our latest phone conversation [with President Vladimir Putin]. We will discuss all these in my trip to Russia,” he said.

On a question on ties with Israel, Erdoğan recalled his phone conversation with Israeli President Isaac Herzog and said he may hold a meeting with Herzog in New York during the U.N. General Assembly in September.