Israel and Turkey have agreed to work to improve their strained relations, the latter’s ruling party said Wednesday, two days after a phone call between the two countries’ presidents.

A spokesman for Turkish President Recep Erdogan’s AK Party said that in the wake of the call with President Isaac Herzog, a “framework emerged” to improve ties between Ankara and Jerusalem, Reuters reported.

Celik said that Turkey wanted to discuss the Palestinian situation with Israel and that areas such as increased trade and tourism would be a “win-win” for both sides.

For more than a decade, Israel and Turkey have maintained fractious relations, and ties have significantly deteriorated over the past few years. But despite public spats between Erdogan and former prime minister Benjamin Netanyahu, Ankara and Jerusalem have continued to maintain ties in a number of areas, including tourism and trade.

In the call on Monday, Erdogan congratulated Herzog on being sworn into his new role as president last week, and noted the importance of relations between the two countries for the sake of regional stability.

“The presidents emphasized in their call that the ties between Israel and Turkey are of great importance to the security and the stability of the Middle East,” according to the Israeli readout of the call, “and there is great potential for cooperation between the countries in many fields, in particular the areas of energy, tourism and technology.”

The readout also stated that Herzog and Erdogan stressed “the great importance of maintaining contact and ongoing dialogue despite the differences of opinion, with the goal of making positive steps toward a solution to the Israeli-Palestinian conflict, which will also contribute to the improvement of Israeli-Turkish relations.”

The Turkish readout of the call largely mirrored that of Israel, though it noted Erdogan’s call for the Israeli-Palestinian conflict to be “settled through a two-state, lasting and comprehensive solution within the framework of UN resolutions.”

Recent months have seen signals of a shift from Turkey, with Erdogan stating that despite their many differences of opinion, “our heart desires that we can move our relations with [Israel] to a better point.” 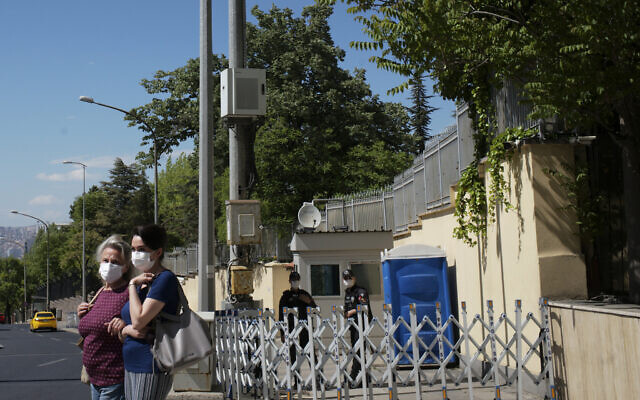 Much of the tensions relate to Gaza and Turkey’s backing for the Hamas terror group which rules the Strip.

After deadly clashes on the border with Gaza in 2018 — on the day the US embassy in Jerusalem was dedicated — Turkey recalled its ambassador to Israel and expelled the Israeli envoy to Ankara.

The countries had only exchanged ambassadors less than two years earlier, following a six-year break in diplomatic relations spurred by the 2010 Mavi Marmara flotilla incident, in which 10 Turkish citizens were killed during clashes with the IDF while aboard a ship attempting to break the maritime blockade of Gaza. The IDF said that its forces were attacked with clubs, knives and metal rods as they began to land from a helicopter, with three soldiers taken captive. It stated that soldiers opened fire after a protester grabbed a weapon from one of the commandos. 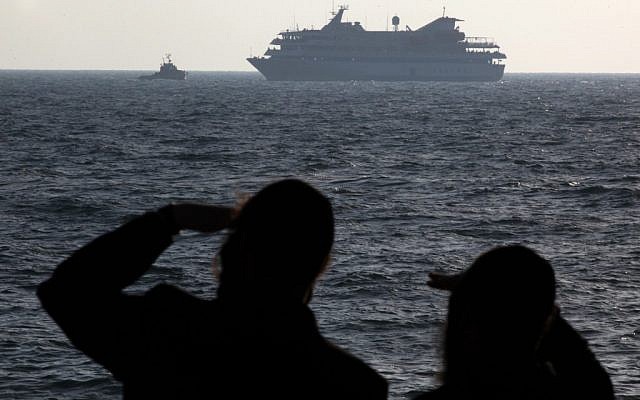 More recently, during the 11-day conflict between Israel and Gaza-based terror groups in May, Erdogan accused Israel of “terrorism” against the Palestinians and said Israelis “are murderers, to the point that they kill children who are five or six years old. They only are satisfied by sucking their blood.” His remarks drew a condemnation from the US State Department, which called the comments antisemitic.

Erdogan had a particularly prickly relationship with former prime minister Netanyahu, with the two regularly accusing each other publicly of being terrorists or genocidal killers.

Over the weekend, Erdogan hosted Palestinian Authority President Mahmoud Abbas in Istanbul. During their meeting, Erdogan reportedly said Turkey will not remain silent against “the Israeli oppression of Palestinians.” 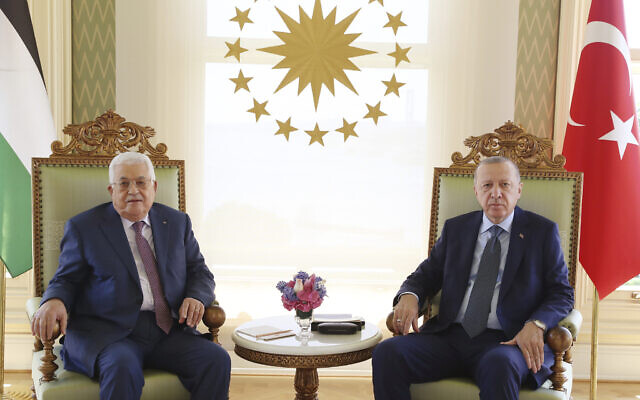 Turkey has reportedly been weighing appointing a new ambassador to Israel in recent months, although no official move has been made.

Analysts have speculated that Erdogan is looking to curry favor with new US President Joe Biden, who has taken a harsher approach to Turkey than his predecessor, and would view with favor Ankara adopting a more moderate tone on Israel. Earlier this year Biden became the first American president to recognize the Armenian genocide, a step not taken by Israel.