DEVELOPING –  Four people, including a London police officer who was stabbed and the alleged assailant, were killed in terror attack that saw more than 20 people injured outside the Parliament building on Wednesday in an act described as “sick and depraved” by British Prime Minister Theresa May.

Acting Deputy Commisssioner and Head of Counter Terrorism Mark Rowley told reporters they believe there was only one attacker. Among the injured were three police officers.

“Sadly, I can confirm that now four people have died. That includes the police officer who was protecting Parliament, and one man that we believe to be the attacker who was shot by police at the scene,” he said.

He added: “We are satisfied at this stage that it looks like there was only one attacker. But it would be foolish to be overconfident early on.”

Rowley said the car then crashed near to Parliament, and at least one man – armed with a knife – continued the attack and tried to enter Parliament.

The knife-weilding attacker stabbed a police officer and was shot on the grounds outside Britain’s Parliament, sending the compound into lockdown.

A woman was also pulled alive from River Thames.

The Port of London Authority says a female member of the public was recovered from the river, injured but alive. 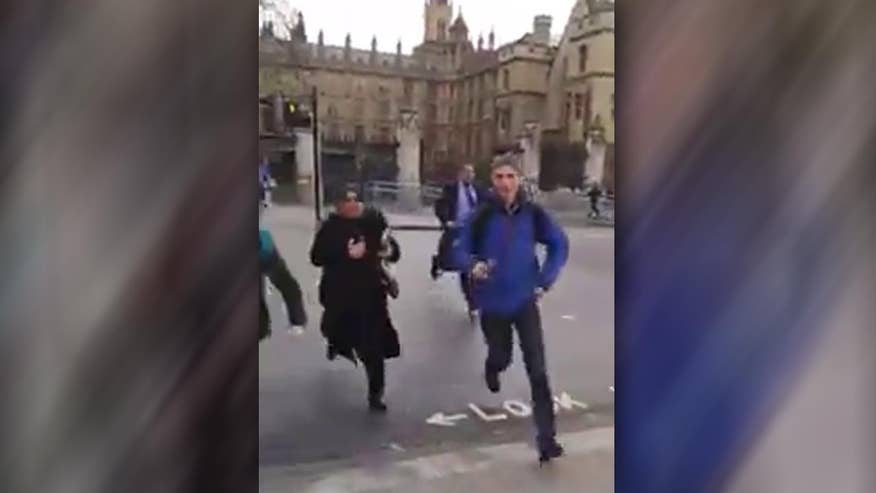 In a prime-time address  to the nation outside 10 Downing Street, May praised the “exceptional bravery” of police, and thanked them and other emergency services “on behalf of the whole country.”

Watch in full: PM @theresa_may pays tribute to the “exceptional men and women” of the emergency services after terror attack at #Westminster pic.twitter.com/d4dIAcf9K6