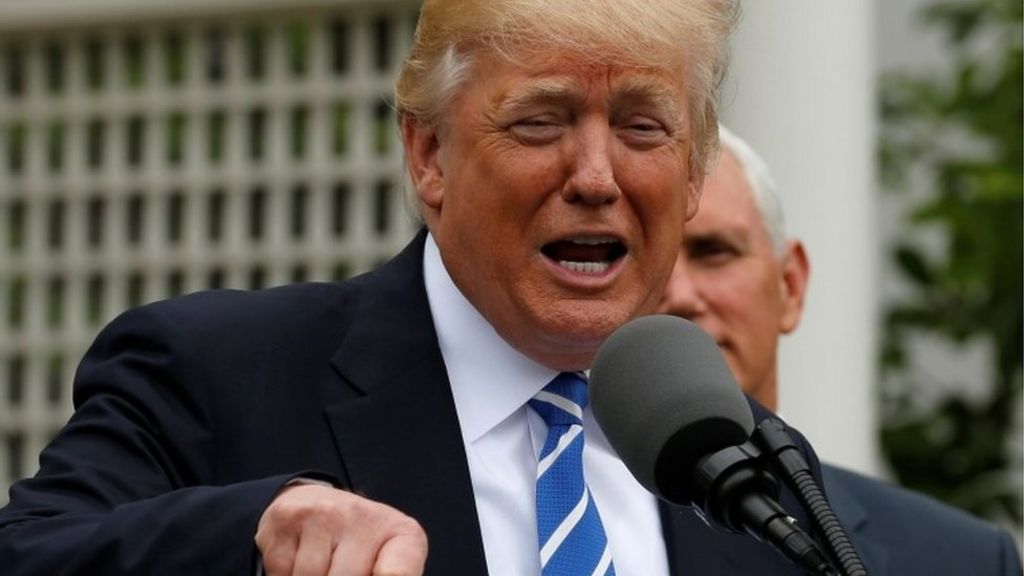 The unpredictability of Donald Trump’s approach to the Middle East means the UK should no longer support US foreign policy in the region, peers have said.

A House of Lords committee concluded the UK could no longer assume the US would “set the tone” for the West’s relationship with the Middle East.

Ministers said the UK would continue to work with international partners to achieve security and prosperity.

The report said the Trump administration had “the potential to destabilise further the region”.

“The mercurial and unpredictable nature of policy-making by President Trump has made it challenging for the UK government to influence US foreign policy so far, a challenge that is not likely to ease,” it said.

The peers point particularly to the US president’s hostility to the deal curbing Iran’s nuclear programme and his ambivalence to a two-state solution to the Israel-Palestine conflict.

The peers said the UK must distance itself from the US and fundamentally reshape its policy.

They said the UK should do more to support the Iran nuclear deal and consider recognising Palestine as a state, to show Britain’s continued attachment to the two-state solution.

“The objective of displacing Assad, as a prerequisite of any settlement, with the current means and policy, has proved unachievable,” they said.

“Despite the chemical attack and the recent escalation of military conflict Assad, with Russian support, remains in power.

“There are no good options available in Syria but the recent chemical attack, the urgency of the humanitarian crisis, with the potential to destabilise the EU and countries of the Middle East with refugees, requires the UK, and international community, to redouble its efforts to achieve a negotiated solution.”

The committee also called for the government to take a tougher line with Saudi Arabia over its actions in Yemen, including the possibility of suspending some arms exports as a last resort.

“We recognise the importance of arms sales to the UK economy and the Gulf. Arms sales, however, must take place with regard for international obligations,” the report said.

“The government must demonstrate that its private diplomacy is working. If not, it should speak out clearly at the UN, within the Human Rights Council, condemning violations, intentional or not, in clear terms.”

Last week, Foreign Secretary Boris Johnson said the UK would be unable to say “no” if the US asked for military support in an airstrike on Syrian government targets.