GENEVA — UN chief Antonio Guterres on Monday said there needed to be more global action against white supremacy, in a speech that also criticized countries that are using the pandemic to justify cracking down on dissent and reining in the media.

“The rot of racism eats away at institutions, social structures and everyday life, sometimes invisibly and insidiously,” he said.

He welcomed the “new awakening in the global fight for racial justice.”

“We must also step up the fight against resurgent neo-Nazism, white supremacy and racially- and ethnically-motivated terrorism,” Guterres said.

“The danger of these hate-driven movements is growing by the day,” he said, warning that they were “more than domestic terror threats.”

“They are becoming a transnational threat.”

Guterres also charged that authorities in a number of nations were using restrictions meant to halt the spread of COVID-19 to weaken their political opposition.

“Using the pandemic as a pretext, authorities in some countries have deployed heavy-handed security responses and emergency measures to crush dissent, criminalize basic freedoms, silence independent reporting and curtail the activities of non-governmental organizations,” he said, without naming the countries.

“Human rights defenders, journalists, lawyers, political activists, and even medical professionals are being detained, prosecuted and subjected to intimidation and surveillance for criticizing government pandemic responses — or the lack thereof,” he added. 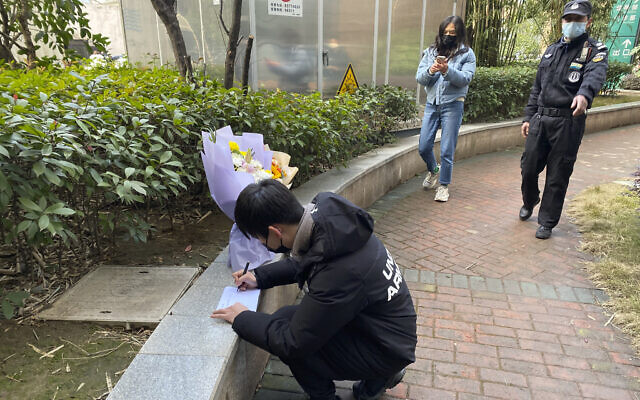 A security guard stands nearby as a man visiting the Wuhan Central Hospital leaves flowers in memory of Li Wenliang, the whistleblower doctor who sounded the alarm and was reprimanded by local police for it in the early days of Wuhan’s pandemic, prior to the anniversary of his death, in central China’s Hubei province, Feb. 6, 2021 (AP Photo/Ng Han Guan)

In some countries, he warned, “pandemic-related restrictions are being used to subvert electoral processes, weaken opposition voices and suppress criticism.”

Speaking in a pre-recorded video message to the largely virtual meeting of the Geneva-based body, the UN chief also decried widespread misinformation around the world about the coronavirus and the pandemic.

Guterres dedicated much of his annual speech before the UN’s top rights body to the wide-ranging effects of the pandemic, which “hit the world without mercy.”

“COVID-19 has deepened pre-existing divides, vulnerabilities and inequalities, as well as opened up new fractures, including fault-lines in human rights,” he said.

He pointed to the hundreds of millions of families who have seen their lives “turned upside down” due to job losses and soaring debt.

At the same time, he said, “the disease has taken a disproportionate toll on women, minorities, persons with disabilities, older persons, refugees, migrants and indigenous peoples.”

As a result, he warned, “progress on gender equality has been set back years (and) extreme poverty is rising for the first time in decades.” 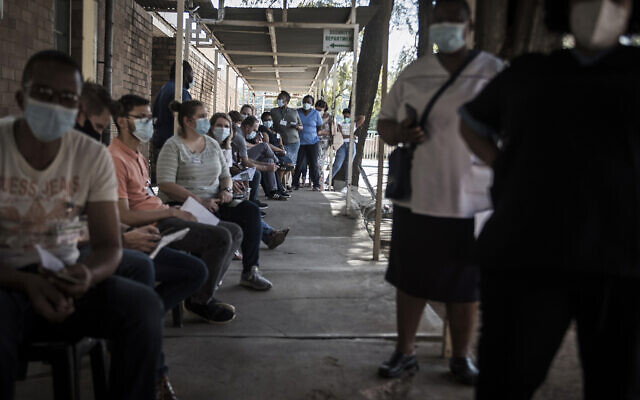 In addition to inequalities within countries, the UN chief slammed inequalities between nations when it comes to accessing the COVID-19 vaccines coming to market as a “moral outrage.”

A full 75 percent of all vaccine doses have been administered in just 10 countries, he pointed out, while more than 130 countries have yet to receive a single dose.