KABUL, Afghanistan (AFP) — When Ezmarai Ahmadi returned home from work on Sunday evening in Kabul, the usual gaggle of squealing children were waiting to greet him — his sons and daughters, and a slew of nieces and nephews.

His brother, Aimal Ahmadi, said Ezmarai pulled his white sedan into the driveway of a modest house in Kwaja Burga, a densely populated neighborhood in the northwest of the Afghan capital, and handed the keys to his eldest son to park.

Youngsters piled into the vehicle — pretending the parking routine was an adventure — while Ezmarai watched from the side, his brother told AFP.

Then, according to Aimal, a missile came screeching down — striking the car with a terrible force and obliterating the lives of 10 people in an instant.

The United States said Sunday it had destroyed an explosive-laden vehicle in an airstrike, thwarting a bid by the Islamic State to detonate a car bomb at Kabul airport.

On Monday, Aimal said he had lost 10 members of his family in the strike, including his own daughter and five other children.

“The rocket came and hit the car full of kids inside our house,” he said.

“It killed all of them.”

When an AFP journalist visited the scene on Monday, Aimal was impatiently waiting for other relatives to arrive to help him organize burials for most of his family.

Afghan residents and family members of the victims gather next to a damaged vehicle inside a house, day after a US drone airstrike in Kabul on August 30, 2021. (Photo by WAKIL KOHSAR / AFP)

“My brother and his four children were killed. I lost my small daughter… nephews and nieces,” he said disconsolately.

The United States said it was investigating media reports of civilian casualties as a result of the strike.

“We are aware of reports of civilian casualties following our strike on a vehicle in Kabul,” Captain Bill Urban, a US military spokesman, said in a statement.

The United States airstrike came after an IS suicide bomber triggered a massive blast at an entrance to Kabul airport last week, as huge crowds clamored to get inside in the hope of getting aboard one of the final evacuation flights out of Afghanistan.

Nearly 100 Afghans were killed in the jihadist attack, and also 13 US service members. 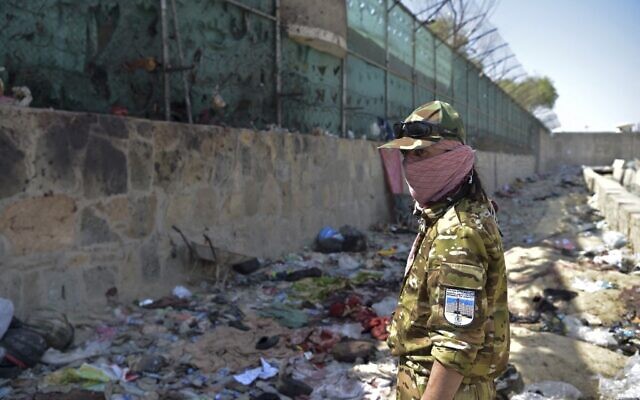 Against that backdrop, US intelligence had warned of another imminent attack, and on Sunday the US military said it had stopped one before it happened.

“We are still assessing the results of this strike, which we know disrupted an imminent ISIS-K threat to the airport,” Urban said Sunday, using an acronym for the Afghan branch of IS.

Urban said an investigation was underway to determine if civilians had been killed, while signaling that fault maybe lay with explosives purportedly in the vehicle.

“We know that there were substantial and powerful subsequent explosions resulting from the destruction of the vehicle, indicating a large amount of explosive material inside that may have caused additional casualties,” he said.

“It is unclear what may have happened, and we are investigating further.” 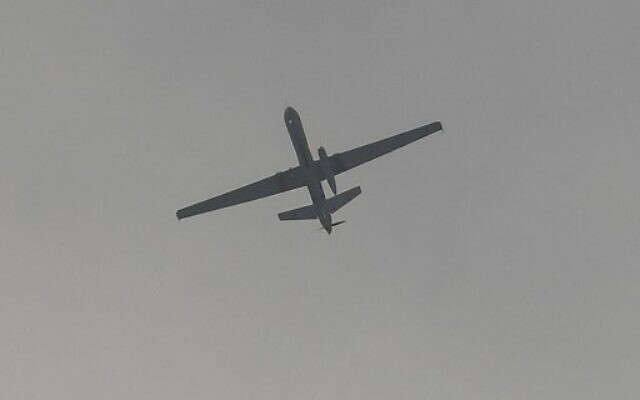 When asked later about the claims of civilian causalities, Pentagon spokesman John Kirby said: “We are not in a position to dispute it”.

He pledged the United States would be “transparent” if the investigation showed civilians were killed, while defending the military’s efforts to avoid loss of life.

Aimal said he cannot believe his brother could be mistaken for an Islamic State group sympathizer, let alone an operative planning a deadly car bomb attack.

Ezmarai, his brother said, was an engineer working with a non-governmental organization.

Rashid Noori, who told AFP he was Aimal’s neighbor, said he too had rushed to the scene of the strike.

“The Taliban kill us, IS kill us and the Americans kill us,” he said.

“Do they all think our children are terrorists?”