WASHINGTON — US senators said Friday that the government is investigating an apparent increase in mysterious directed-energy attacks dubbed “Havana syndrome,” amid new reports of potentially brain-damaging incidents inside the country.

Democratic Senator Mark Warner and Republican Marco Rubio, who lead the Senate Intelligence Committee, issued a statement after two media reports saying attacks had taken place in Washington, including just outside the White House, and in Miami, Florida.

“For nearly five years, we have been aware of reports of mysterious attacks on United States government personnel in Havana, Cuba and around the world,” they said.

“This pattern of attacking our fellow citizens serving our government appears to be increasing.”

The still-unexplained attacks have caused sickness and even brain damage in US diplomats and intelligence officials in Cuba, China, Russia, and other countries.

Moscow is suspected to be behind them, even if the mechanism for them has yet to be explained. Scientists have theorized that the attacks arise from pulsed microwaves.

Earlier this week CNN, citing unnamed officials, said federal agencies were investigating a November 2020 incident at the White House Ellipse in which a national security council staffer was sickened.

A year earlier, according to reports, another White House official reported feeling some symptoms while walking her dog in the Washington suburb of Arlington.

And Politico reported Friday that government investigators are examining a suspected attack on US personnel in Miami last year.

Those affected experience similar symptoms reported in the original case affecting US diplomats in Havana in 2016.

Since the first attacks were reported in Cuba, and after that in China, scientists and doctors and debated the causes and effects, without a uniform conclusion.

CNN said some members of Congress had been informed of the more recent incidents in closed-door intelligence briefings. 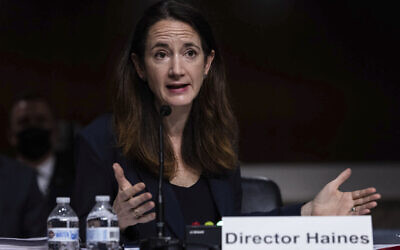 Neither the White House nor Director of National Intelligence Avril Haines denied the reports when questioned this week.

Haines told the Senate Armed Services Committee she could not discuss the issue openly because it involved classified information.

Warner and Rubio said they welcomed renewed investigation by the CIA into the incidents, noting it was important “to better understand the technology behind the weapon responsible for these attacks.”

“Ultimately we will identify those responsible for these attacks on American personnel and will hold them accountable,” they said.