As new coronavirus cases rise in Israel amid an outbreak of the Delta variant, the country’s virus czar Nachman Ash said Wednesday that health officials would present the government with the next possible actions to curb the pandemic, including a potential imminent return of the indoor mask mandate.

“We’ll determine when to bring back the obligation to wears masks in closed spaces,” Ash told 103FM Radio. “It could be tomorrow or the day after.”

According to Army Radio, Prime Minister Naftali Bennett was set to meet with senior officials on Wednesday to determine the next steps.

The head of public health in the Health Ministry, Sharon Alroy-Preis, told the outlet that the ministry was “preparing for all scenarios.”

She said among the potential steps the ministry would recommend would be fresh limitations on gatherings.

“Once we see the trend of more than 100 diagnoses a day is not a one-time thing, but several days, we will certainly bring back the requirements of masks in closed spaces,” she added.

Dr. Sharon Alroy-Preis during a briefing in January 2021. (video screenshot)

However, the Health Ministry’s director-general Chezy Levy told Channel 13 that while the new rise in cases was certainly worrying and demanded action, he would not yet classify it as a fourth wave of the virus.

“I wouldn’t rush to declare waves,” he said.

Levy said that most of the news cases “are tied to clear [infection] chains, some of which began with returnees from abroad who did not keep to quarantine.” 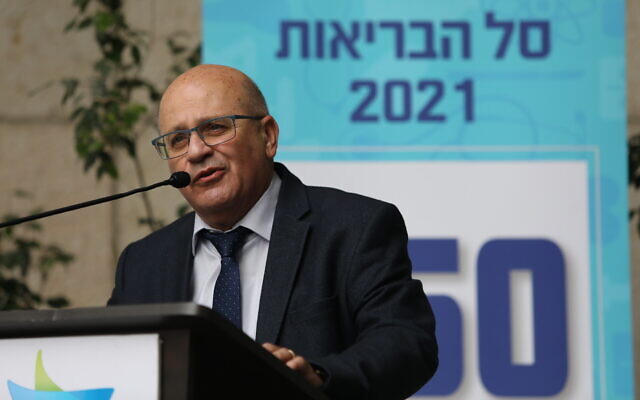 Chezy Levy, director-general of the the Health Ministry, speaks during a press conference in Jerusalem on February 10, 2021. (Yonatan Sindel/Flash90)

Monday saw 125 patients diagnosed in the country, a figure more than twice the number detected the day before and the highest daily caseload since April 20. There were 49 cases detected on Sunday.

Health Minister Nitzan Horowitz said there were plans to increase enforcement against those who are required to quarantine and fail to do so.

“This loophole will be closed,” Horowitz said of Ben Gurion Airport, where many incoming travelers have been allowed to leave without taking the required test, due to long lines. 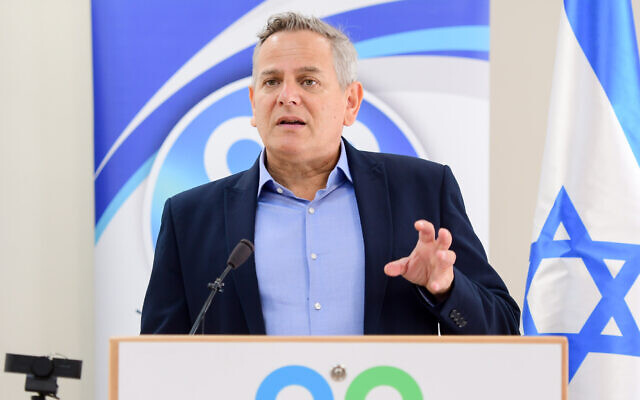 Ash told Kan news that fines of around NIS 5,000 are expected to be introduced for those who travel to six prohibited countries where there are significant virus outbreaks. The six countries currently on the Health Ministry blacklist are Russia, India, Mexico, Brazil, Argentina and South Africa.

“It’s not currently an order, it’s a request,” Bennett told reporters at Ben Gurion Airport, following a tour of its testing sites and a consultation with Horowitz, Interior Minister Ayelet Shaked and Transportation Minister Merav Michaeli.

“If you don’t need to go abroad, do not go abroad,” said Bennett, noting that the recent coronavirus outbreak in Binyamina was traced to a family who returned from Cyprus, which is not considered a high-risk country.

Bennett, who took office last week, said the new government will reestablish the coronavirus cabinet, which will assist in making future COVID-related decisions. The prime minister said the government is working “to cut off” the extra-contagious Delta variant “early and decisively.”

Of those diagnosed, at least 78 were children, according to Hebrew media reports, with virus cases detected in schools and kindergartens in Ramat Hashaon, Kfar Saba, Kochav Yair and Herzliya, among other places.

There are 89 active patients in the town of Binyamina, identified as a focal point of the recent resurgence of the virus, the highest number for any town in the country. The city of Modiin was next with 49 patients, followed by Jerusalem with 34.

Officials have expressed concern at the potential for the Delta variant to cause a relapse of the pandemic. Children are considered particularly vulnerable, as most are not vaccinated. Israel has begun offering vaccines to 12- to 15-year-olds, who previously were not included in the national vaccination plan, and in recent days health officials have increasingly advised that parents have their children inoculated.

Since the start of the outbreak last year 840,032 people have been diagnosed with COVID-19 in Israel, and there have been 6,428 deaths due to the virus.