Israeli startup Voiceitt launched Tuesday an app to help people with speech impairments, allowing them to speak to and be understood through their smart devices with their own voice commands.

The app will be made available via the Apple store and can be downloaded for free for a limited period of time by individuals or institutions, nursing facilities and organizations.

While the use of voice-powered technologies like Apple’s Siri and Amazon’s Alexa is growing globally, there are millions of people who live with speech that is hard to understand and who cannot use their own voices to operate their devices – from playing music to switching on lights.

Voiceitt seeks to change that.

The assistive technology app developed by Voiceitt helps people with speech impairments, following brain injuries or mental disabilities, strokes and other diseases, to speak to and be understood by their smart devices with their own voice commands (Courtesy).

The launch comes at a pivotal time for many with atypical speech, the company said in a statement. Isolation and social distancing in the wake of the COVID-19 pandemic have left many individuals with speech and motor impairments either separated from loved ones or cut off from care facilities and other support, often crucial to their well-being.

“Everyone deserves to be able to express themselves and to be understood,” said Danny Weissberg, Voiceitt CEO and co-founder. “With this launch, countless people with non-standard speech will be able to use their own voice to easily communicate with caregivers, loved ones and even their smart home devices.” 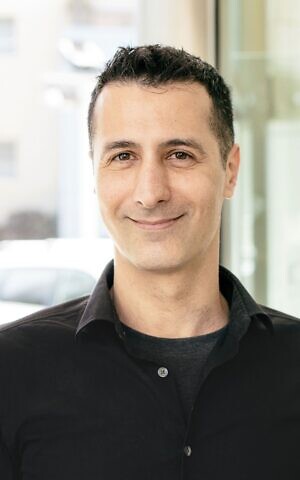 Voiceitt’s app integrates with Amazon’s Alexa to make the voice assistant able to understand individuals with speech and motor disabilities, including those with speech impairments following brain injuries and strokes as well as those with mental disabilities.

Users of the app first have to undergo a training phase in which the software learns to better recognize an individual’s speech. After the user repeats a set of words and phrases several times, the Voiceitt app builds an artificial intelligence-powered speech model that allows the individual to communicate specific commands.

“In collaboration with Voiceitt, we have been able to bring Alexa to even more customers,” said Peter Korn, Director of Accessibility at Amazon Lab126. Voiceitt’s integration with Alexa enables customers with speech impairments “to enjoy all that Alexa has to offer and help them live more independently.”

Voiceitt’s automatic speech recognition engine – which combines machine learning with state-of-the-art speech analysis technology – can recognize not only atypical speech, but also speech patterns including utterances, cadence of speech, breathing pauses and non-verbal sounds, in any language, the statement said.

App users can build a personalized dictionary and train the app to recognize their unique pronunciation, a process which takes no more than five minutes on average per phrase, the statement added. The app then recognizes a user’s trained phrases in real time and translates output into typical speech – enabling users to convey complex sentences that help them better navigate their daily lives.

The startup was co-founded by Danny Weissberg and Stas Tiomkin in 2012, and Sara Smolley, who joined the company a few years later.

The company is backed by AARP, the Amazon Alexa Fund, Dreamit Ventures, Microsoft’s venture capital arm M12, Quake Capital Partners, the Technion-Israel Institute of Technology and Viking Maccabee Ventures. Voiceitt is based in Tel Aviv with a subsidiary in the US.