WASHINGTON (AFP) — A defiant Donald Trump again falsely insisted he “won” reelection in his first public appearance for a week Friday, as the US president appeared increasingly isolated over his long-shot bid to stay in power.

Claiming against all odds that a path to victory remains viable, and facing pushback from fellow Republicans alarmed by his effort to overturn results, Trump invited Michigan lawmakers to the White House Friday as part of a bid to subvert the will of voters in key states.

But if he expected them to parrot the president’s line and publicly support efforts to overturn election results in Michigan — which Biden won by 155,000 votes — he was mistaken.

The Republican legislators stood firm, saying they would honor the election’s outcome.

“We have not yet been made aware of any information that would change the outcome of the election in Michigan,” the state’s Senate Majority Leader Mike Shirkey and Speaker of the House Lee Chatfield said in a joint statement after meeting Trump.

“Michigan’s certification process should be a deliberate process free from threat and intimidation,” they added.

The statement came after Trump made brief comments about the election while announcing new pharmaceutical pricing plans at a rare post-election address to reporters.

“Big pharma ran millions of dollars of negative advertisements against me during the campaign — which I won, by the way, but you know, we’ll find that out,” Trump said.

He exited the briefing room without taking questions. 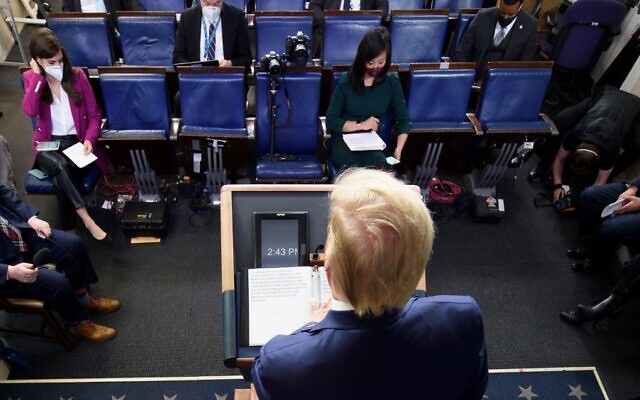 US President Donald Trump speaks in the Brady Briefing Room of the White House in Washington on November 20, 2020. (Mandel Ngan/AFP)

In a second blow Friday to Trump’s election interference efforts, Georgia became the first of those states to formally certify its results, affirming that Biden won in the southern state by 12,670 votes, or 0.26 percent out of some five million ballots cast.

“Numbers don’t lie,” said Brad Raffensperger, the Republican secretary of state in Georgia. “The numbers reflect the verdict of the people.”

Trump has been waging a last-ditch effort to throw out ballots in counties that voted heavily Democratic, force recounts and otherwise delay the process of finalizing state results before the Electoral College votes to confirm the next president on December 14.

In the latest in a series of presidential interventions not seen in modern US politics, he had earlier insisted on Twitter that if Georgia let him “expose hundreds of thousands of illegal ballots,” it would give him “a BIG VICTORY” in the state.

The president spent most of the day hunkered down in the White House, fuming about the “Rigged Election” and retweeting conservative personalities — including a QAnon conspiracy supporter — arguing that his rival’s victory was fraudulent.

Biden “has a very good chance” of becoming the next president, Alexander said, and should be afforded “all” resources necessary for a smooth transfer of power.

Despite Trump’s election denial, Biden is fully preparing to take over on January 20.

On Friday — his 78th birthday — Biden huddled in Wilmington, Delaware, with House Speaker Nancy Pelosi and Senate Minority Leader Chuck Schumer, the top Democrats in Congress, telling them there is “a lot of work to do.” 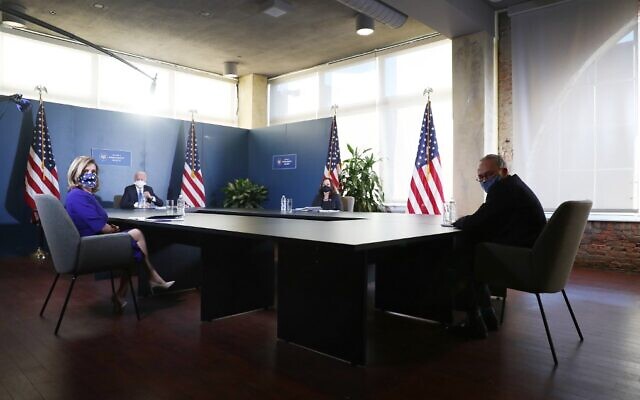 Trump’s Michigan gambit raised eyebrows among those in his party.

Republican Senator Mitt Romney launched a withering attack on Trump for pressuring local officials, saying: “It is difficult to imagine a worse, more undemocratic action by a sitting American president.”

Trump’s legal team fights on, however.

Georgia’s certification of the results, the first time a Democratic presidential candidate has carried the southern state since 1992, came as more bad news for Trump.

Nevertheless Vice President Mike Pence took Trump’s message of defiance to Georgia as he campaigned with two Republicans whose runoff elections January 5 will determine which party controls the Senate next year. 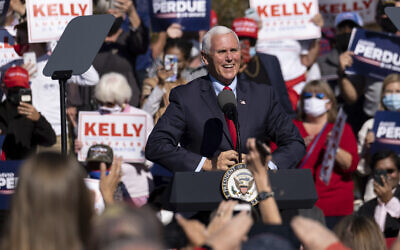 “And whatever the outcome, we will never stop fighting to make America great again,” he added, to chants of “four more years!”

While Trump scrambles without success to reverse his election loss, Biden has criticized him for not focusing on the coronavirus pandemic which has rampaged unchecked across the nation, costing 254,000 Americans their lives.

On Friday the president’s son Donald Trump Jr announced that he tested positive for the coronavirus earlier this week, but was not experiencing symptoms.