WASHINGTON  — Israeli teenager Deni Avdija was taken by the Washington Wizards with the No. 9 overall pick in the NBA draft Wednesday night, giving them a versatile, playmaking forward with a still-developing game who could be a part of the team’s effort to turn things around after missing the playoffs the past two seasons.

The 6-foot-9, 225-pound Avdija, who helped Israel win the FIBA U-20 European Championships in 2018 and 2019, is a good ballhandler and passer but does come with questions about his shooting touch.

He became the youngest player to play for Maccabi Tel Aviv when he began his professional career in 2017. Now he is the first top-10 NBA draft pick from Israel.

His father, Zufer Avdija, played for the Yugoslavian national team and later moved to Israel, where he played professionally for a number of Israeli clubs.

David Blatt, the former coach of Maccabi Tel Aviv and the NBA’s Cleveland Cavaliers, told the Haaretz daily that Avdija had a good chance to do well in the league.

“Deni has good all-round skills that easily translate to the NBA. He’s willing to work hard, and his toughness and good basketball IQ will help him become a good NBA player,” Blatt said.

Avdija will be the third Israeli to play in the NBA, following in the footsteps of Omri Casspi and Gal Mekel.

Wizards coach Scott Brooks is entering the last season of his five-year contract and his hope is that there can be some improvement thanks to the return to action of point guard John Wall, the five-time All-Star who missed most of the 2018-19 season after heel surgery, and all of 2019-20 with a ruptured left Achilles tendon.

Barring a trade, Wall and shooting guard Bradley Beal will be counted on to lead Washington back to relevance and get back to its status as a postseason participant after the club was 25-47 this season, following a 50-loss campaign the year before.

Beal finished second in the NBA in scoring this past season by averaging 30.5 points, behind only James Harden. 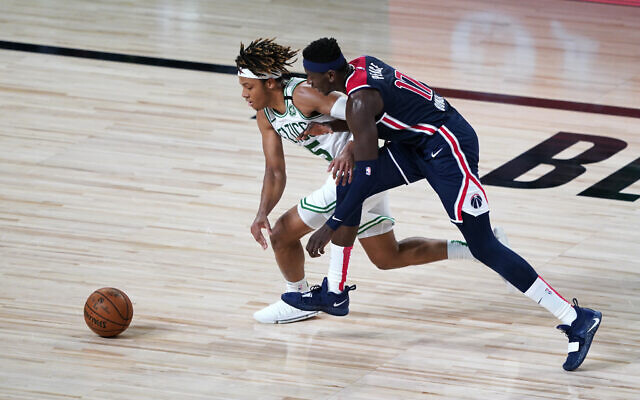 Anthony Edwards was taken by the Minnesota Timberwolves with the No. 1 pick Wednesday night in an NBA draft delayed multiple times because of the coronavirus pandemic.

Edwards became the 11th straight one-and-done player to be the No. 1 pick, coming in a year where there was no clear obvious choice. He averaged 19.1 points for the Bulldogs, tops among all freshman.

Commissioner Adam Silver announced the pick from ESPN headquarters in Bristol, Connecticut. The draft was originally scheduled for June 25 before multiple delays caused by the virus pushed it back out and out of its usual home at Barclays Center in Brooklyn. Boxes of hats were shipped to the top prospects to put on the one they needed after their name was called.

Edwards watched while seated next to portraits of his late mother and grandmother. They both died of cancer. 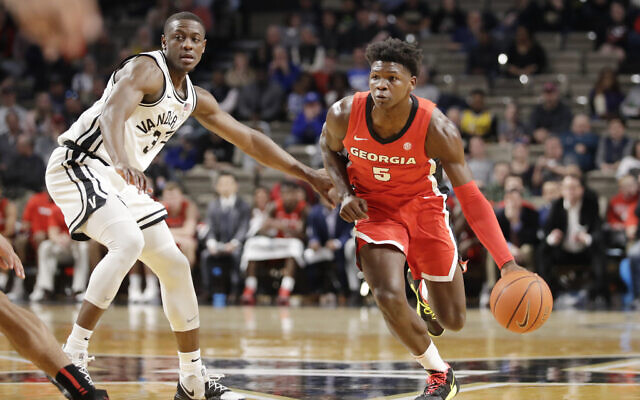 The Golden State Warriors, stung by the news that Klay Thompson sustained another leg injury earlier Wednesday, took Memphis center James Wiseman with the second pick. They stumbled to the bottom of the league while Thompson missed the entire season with a torn ACL in his left knee.

The severity of his injury had not been revealed as the draft began but it didn’t persuade the Warriors to take another guard. Instead they went with the 7-foot-1 center who arrived as the No. 1 recruit out of high school and averaged 19.7 points and 10.7 rebounds in three games before he was suspended for eligibility reasons and eventually left the program to prepare for the draft.

LaMelo Ball then went to the Charlotte Hornets, the next stop on a lengthy basketball journey that sent the guard from high school in California to stops as a professional in Lithuania and Australia.

The newcomers will have precious little time to prepare for their debuts and need to knock off months of rust or more — Wiseman hasn’t played an organized game in a year — without the benefit of summer league. Training camps open in early December and the 72-game 2020-21 season is set to begin on Dec. 22.

Teams had to evaluate prospects without benefit of the usual draft combine in Chicago or the ability to invite them to their facilities for workouts and meetings. And with the coronavirus shutting down the sports world in March, there was no NCAA Tournament for the players to make a final impression before entering the draft.

That helped contribute to perhaps more questions than usual surrounding the draft, with little feel for how the top few picks would play out.

The Chicago Bulls took Patrick Williams of Florida State, the ACC sixth man of the year as a freshman, at No. 4. Cleveland followed with Auburn’s Isaac Okoro, another freshman, to round out the top five.