Dadaon completed the 200-meter freestyle in 2:44.84 minutes, breaking his own world record by six seconds.

Dadaon, 20, who has cerebral palsy, won a silver medal in the men’s 150-meter individual medley on Saturday.

“There was a lot of tension. We knew this was supposed to be a gold medal and we are happy that he is fulfilling his dreams,” Dadaon’s parents, Yaffa and Yair Dadaon, told the Kan public broadcaster.

“From a young age, Ami makes his decisions, and he did not give up,” they added.

Meanwhile, Malyar, who has already won two gold medals at the Tokyo Paralympics, took third place in the 100 meter backstroke with a time of 1:10.08 minutes.

“I was not expecting to take a medal today and really glad I did. So far I have lived up to expectations and I am happy,” Malyar told Kan.

Malyar’s twin brother, Ariel Malyar, is also competing at the Tokyo Paralympics. While both brothers have cerebral palsy and began swimming as part of their physical therapy, they compete at different disability levels. 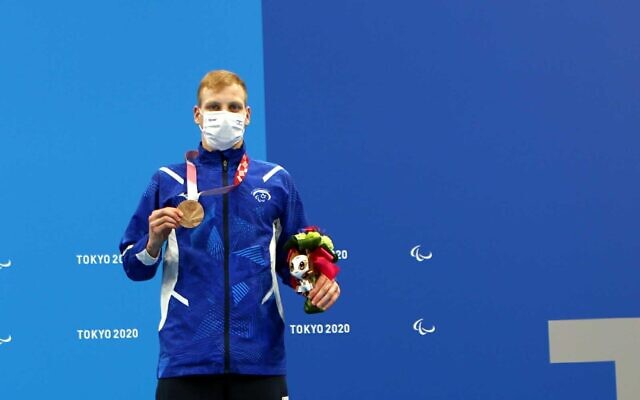 Israel has thus far won four gold medals, two silvers, and one bronze during the 2020 Paralympic Games, already topping its medal count in Rio in 2016, where it won three bronzes.

On Sunday rower Moran Samuel picked up a silver in the women’s 2,000-meter single sculls.

And on Wednesday, Iyad Shalabi won the 100-meter backstroke in the S1 category, becoming the first Arab Israeli to medal in either the Paralympics or the Olympics.