WASHINGTON (AFP) — Millions of Americans could find themselves homeless starting Sunday when a nationwide ban on evictions expires, even as billions in government funds meant to help them go untapped.

The wave of evictions would come as the fast-spreading Delta variant has taken hold in the country and rental housing is in high demand in the hot real estate market.

US President Joe Biden on Thursday urged Congress to extend the 11-month-old eviction moratorium, after a recent Supreme Court ruling meant the White House could not extend the measure through September as intended.

Democratic leaders in Congress were pushing for an extension, but it was unclear if they had the votes, even among moderates in their own party, to prevent the ban from expiring.

Efforts stalled on Friday in the House after a move to pass the extension was unsuccessful, with House Speaker Nancy Pelosi saying in a statement, that “not a single Republican would support this measure.”

The day before, she had said called the extension “a moral imperative.”

Speaker of the House Nancy Pelosi during a news conference at the Capitol in Washington, July 30, 2021 (AP Photo/J. Scott Applewhite)

She also called on governors and local officials “to take whatever steps are necessary to distribute the rental assistance that Congress already allocated.”

Unlike other pandemic-related aid that was distributed from Washington, such as stimulus checks, it was states, counties and cities that were responsible for building programs from the ground up to dole out assistance earmarked for renters.

The Treasury Department said that as of June, only $3 billion in aid had reached households out of the $25 billion sent to states and localities in early February, less than three weeks after Biden took office. 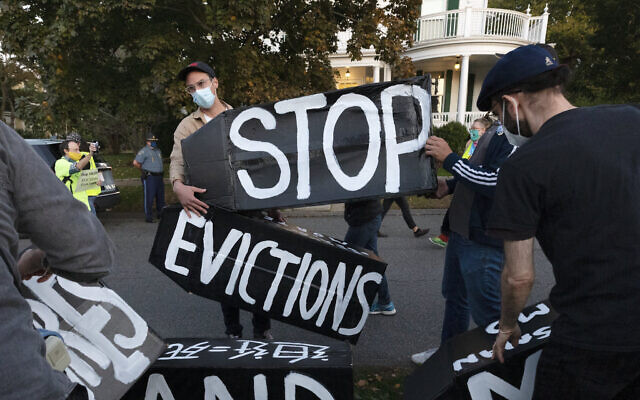 The Centers for Disease Control and Prevention (CDC) ordered the eviction moratorium in September 2020, as the world’s largest economy lost over 20 million jobs amid the pandemic shutdowns. The CDC feared increasing homelessness would boost coronavirus infections.

Although more than half of those lost jobs were recovered as businesses were able to reopen, many families still have not caught up on missed rent payments.

The Census Bureau’s latest Household Pulse survey through the first week of July showed that of 51 million renters surveyed, 7.4 million were behind on their rent and nearly half of those said they were at risk of being evicted in the next two months.

Where is the help?

Through the end of June, only about 450,000 households had received aid through the Emergency Rental Assistance program, and some states and localities have yet to pay out any funds, according to Treasury data.

The Treasury launched a campaign this week to spread the word about the program and help authorities get their systems up and running, modeling those in Virginia and Houston, which have been successful in helping struggling families.

Immediately after taking over, the Biden administration had eased paperwork and eligibility requirements for the program, but the Treasury says management remains in the hands of state and local officials.

Biden said “there can be no excuse for any state or locality not accelerating funds to landlords and tenants that have been hurt during this pandemic.”

“Every state and local government must get these funds out to ensure we prevent every eviction we can,” he said in a statement Friday.

And while the White House cannot act, there is nothing preventing state and local authorities from instituting their own protections, Biden added.

‘Pulling out all the stops’

California Democrat Maxine Waters, chair of the House Financial Services Committee, introduced the bill to extend the prohibition of evictions.

“I’m pulling out all the stops right now,” she tweeted Friday. 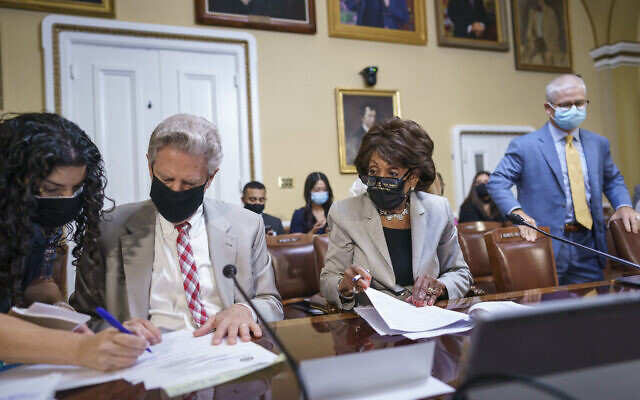 But some Democrats oppose the move, and a congressional source confirmed to AFP that several were planning to leave town rather than participate in a vote, making it hard for the party to use their slim majority to push through a bill.

A handful of states and Washington, DC have imposed their own temporary eviction protections, and the White House also asked government departments involved in housing to extend eviction bans for federally-insured properties they control.

Another $21.5 billion is available in a second round of funding, but it will not go out until the first tranche is spent.