Annabelle Amery wants just one thing for her May 4 wedding in Israel: her parents and sisters present when she marries Sergey Yanchenko at a Caesarea wedding venue.

The problem? Amery’s family lives in London, and, despite being vaccinated and willing to quarantine for two weeks, are being denied entry to Israel. Thousands of other relatives of immigrants are in the same proverbial boat, kept apart from their families by Israel’s seemingly byzantine rules guiding entry to and exit from the country.

“They went and volunteered extra hours so that they could get vaccinated and come to the wedding. They’ve been applying to the embassy and been rejected,” said Amery, 28, who has lived in Israel for the last seven years. “My dad said, ‘Go for it, just do it without us.’ I feel like I can’t get married without them. I’ll just be sad.”

Israel’s land and air gateways have largely been closed since January 25, although a total of 8,000 Israelis are now allowed to fly in and out of Israel daily, as the spread of the coronavirus rapidly diminishes.

Annabelle Amery, left, with her fiance, Sergey Yanchenko. The two are waiting for Amery’s vaccinated parents and sisters to be able to travel to Israel for their wedding. (courtesy, Annabelle Amery)

Yet while Israelis are flying more easily to destinations worldwide, non-Israelis have had a nearly impossible time entering Israel, even when vaccinated, and with extenuating circumstances, like illness, family weddings, or births.

Health officials and politicians previously said that the entry restrictions were needed to prevent fast-spreading coronavirus variants from finding a way into the country.

At this point, Amery, like other Israeli immigrants with vaccinated family members who are being denied entry visas, feels angry.

On Tuesday afternoon, hundreds of Israeli citizens who are immigrants from English-speaking countries are expected to protest at the Rose Garden opposite the Knesset, demanding better oversight of the government’s decision-making process regarding who it allows into the country.

Protesters are being asked to dress in wedding attire or to push empty baby carriages, representing the various life cycle events that are being missed by family members stuck outside Israel.

The protest has been organized by members of a Facebook group for English-speaking immigrants, also known as olim in Hebrew, Reunite Olim with Their Families. The group was created for members to share information and support each other as they attempt to find ways for relatives to visit for important life events.

One of the administrators, Rachel Hirshfeld, 33, is marrying her Israeli fiancé in June, and has felt deeply disappointed that her vaccinated parents may not be there. 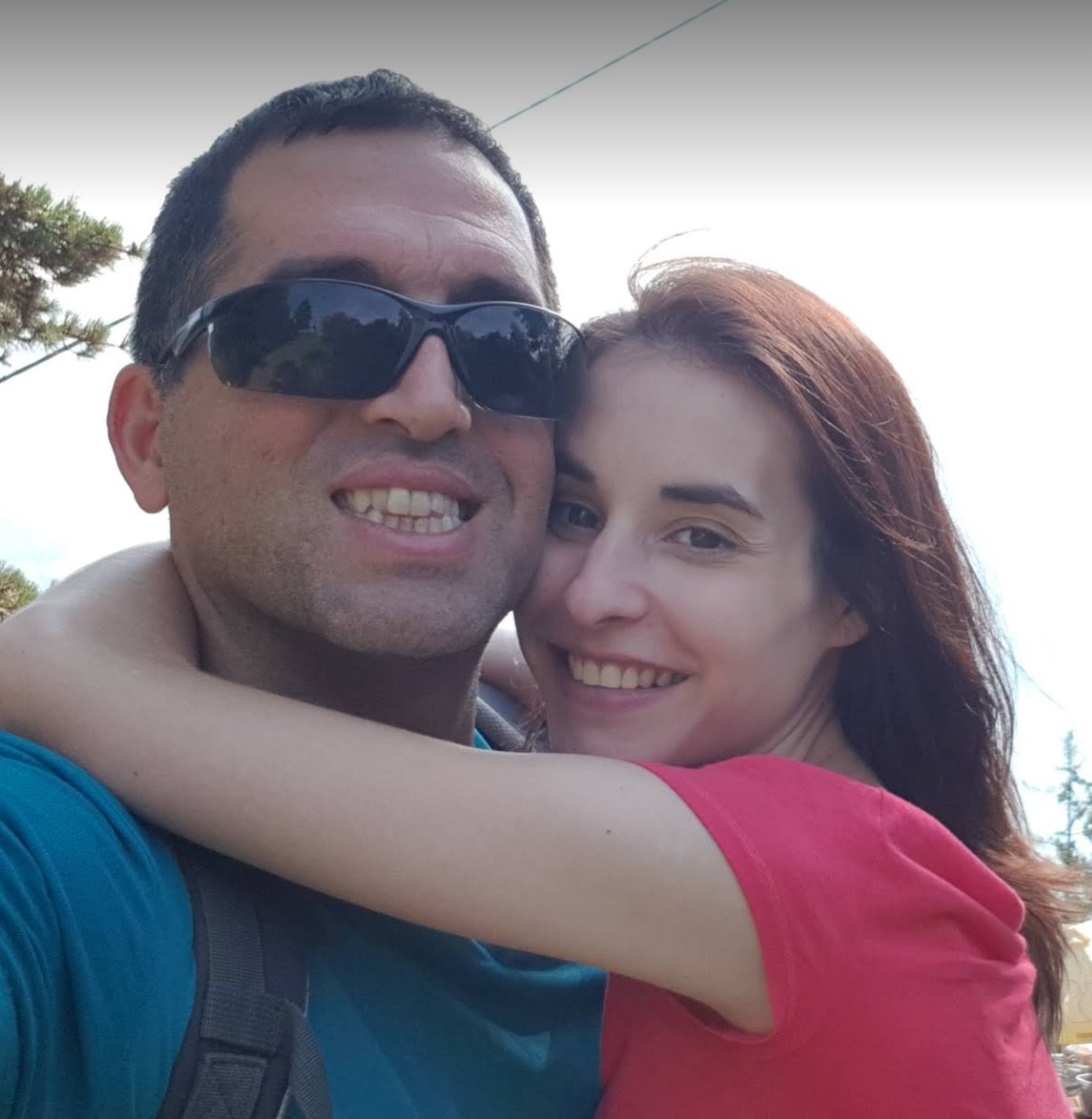 Rachel Hirshfeld (right) and Shahar Cohen, her fiance. Hirshfeld is one of the organizers behind Facebook group Reunite Olim with their Families, which is protesting the lack of entry visas for families of immigrants in Israel. (courtesy, Rachel Hirshfeld)

“I’m not getting married without my parents, I have no family here,” said Hirshfeld, who made aliyah from New York 10 years ago. “Olim are the backbone of this country and it’s time for government to pay attention to us.”

Dov Lipman, a former Knesset member who emigrated from Maryland, has become a key figure in lobbying and pulling strings for English-speaking immigrants facing unique family reunification and repatriation challenges during the COVID pandemic.

“There’s a lot of pain out there, I’ve been hearing it for months,” said Lipman. “There’s been chaos and haphazard planning. One week, it’s one ministry making the decisions, and this week, it’s another ministry. I don’t believe there’s any real sense about what’s going on and how that’s impacting people’s lives.”

Lipman, who served as an MK for Yesh Atid, which currently leads the opposition, blamed the instability of the dysfunctional Likud-Blue and White governing coalition for the fact that the issue has become such a challenge.

“We had this makeshift government where no one trusted each other,” he said. “If there was a stable, functioning government, it would be easier.”

Jerusalemite Nicole Grubner had planned on spending this time preparing to give birth, with her Vancouver-based parents in the country and quarantining so they could help out once her and her partner’s first child is born.

Instead, she is spending her 39th week of pregnancy planning Tuesday’s protest, filling out forms for the event at a Jerusalem police station, and meeting on Monday with Diaspora Affairs Minister Omer Yankelevich to discuss the situation.

“I don’t know if our meeting will change what happens tomorrow, but making sure this is on the agenda of the incoming government is really important,” Grubner said before the meeting. 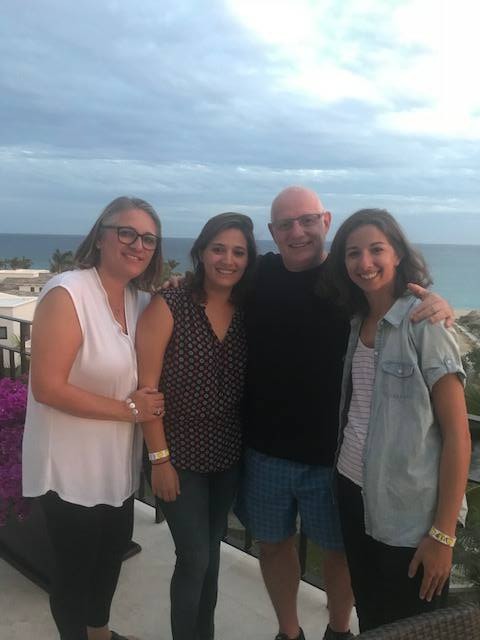 Nicole Grubner, second from left, with her parents and partner, far right, in 2018. Grubner, now 39 weeks pregnant, is organizing a Knesset protest on April 6, 2021, to encourage the government to grant entry visas to families of immigrants. (courtesy, Nicole Grubner)

Grubner’s father, a travel agent, has applied five times to the exceptions committee at the Israeli consulate and been rejected every time.

Each time, said Grubner, “it’s like they didn’t even read it. It was just an automatic response.”

“Friends say, ‘You’ll manage,’ but who’s here to help me at 3 a.m. when the baby’s crying and you want your mom,” said Grubner.

Lipman, who advised Grubner on organizing the protest, also wondered whether anyone is analyzing the incoming requests made to the visa exceptions committee.

“There are mental health issues that get rejected within three minutes,” said Lipman. “I’m looking for a real transparent process to assess the situations. We’ve reached a point where Israelis can fly wherever they want, but grandparents can’t come for the birth of a child? Especially now with vaccines and serological testing, we should be able to handle this.”

It is not only people trying to come in for weddings and births who are being rejected.

Lauren Bronshtein suffers from Ehlers-Danlos syndrome, an inherited condition that gives her chronic pain and a migraine that has not dissipated in 17 years. She has been hospitalized 10 times since the start of the pandemic, and is no longer able to rely on the support of her mother, who used to visit every three months, but has been unable to fly here since the pandemic began.

“I had a wedding already and would trade her being there for her being here now,” said Bronshtein. “It’s hard to be the only one in the [hospital] unit without family.” 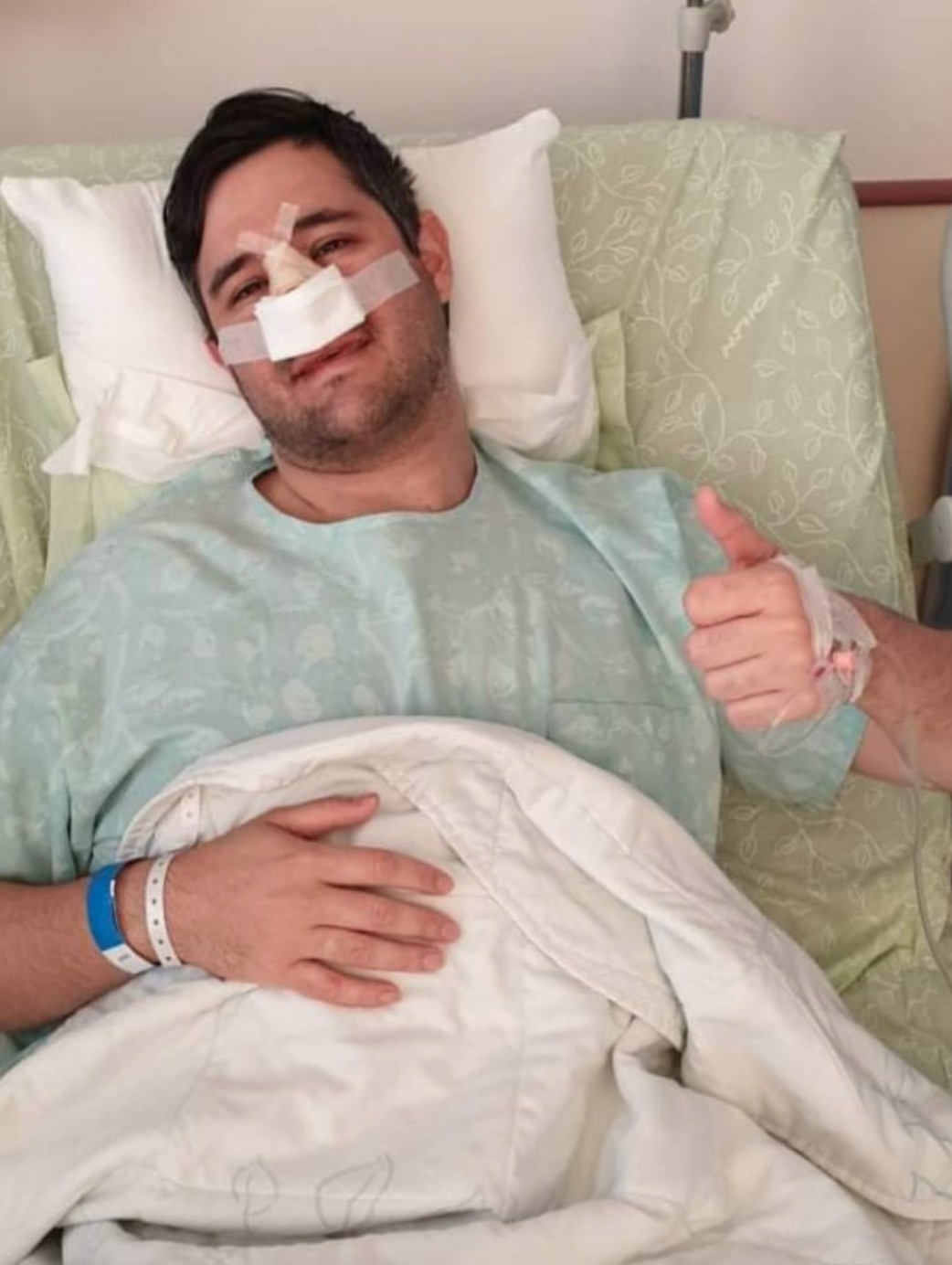 Jason Hochman successfully underwent a planned surgery on April 4, 2021, but without his parents by his side, because the Israeli government did not grant them entry visas. (courtesy, Jason Hochman)

Jason Hochman’s parents changed their flights five times over the last six months, hoping to come prior to a planned surgery he underwent on Sunday.

His husband was by his side, but his parents were not there.

“I knew the government wouldn’t let them in,” said Hochman, who works for the international students program at Haifa University, and has become more than familiar with the red tape involved with requesting permission to enter the country.

He applied to the exceptions committee anyway. It took them just 12 minutes to reject the request.

Hochman surmised that immigrants from English-speaking countries, who are not necessarily as pushy as native-born Israelis, may be at a disadvantage.

“I wasn’t Israeli about it and I didn’t file my request 10,000 times, but why should I have to when they should let my parents in,” asked Hochman. “It’s asinine and not fair.”