Almost 2.5 million Israeli students from kindergarten to 12th grade start the school year on Wednesday despite record virus numbers and with officials acknowledging the return to classes could spark a further rise in infection numbers.

Health Ministry Director-General Nachman Ash said the current priority was keeping the economy open and getting kids back into schools, adding that he hoped a raft of new measures put in place would reduce risks.

“I don’t think it is a gamble,” Ash told Channel 12 news on Tuesday evening. “I think we are making an educated decision in accordance with government policy. We want to keep the economy open and the education system open.”

However, he conceded that the reopening would likely cause a temporary spike in numbers.

“There will be a rise with the opening on schools, but I hope we will see a reversal of the trend in the next week or so,” he said pointing to the rapid testing kits handed out to parents and the policy of limiting in-class learning in high infection areas if the majority of students were not vaccinated.

On Tuesday evening, Education Minister Yifat Shasha-Biton held a press conference to address the country’s parents, students and teachers ahead of the start of school. In her remarks, she warned that the latest model for the reopening of schools in-person may need to be adapted, depending on case numbers in the coming weeks and months.

A girl tests her sister with a COVID-19 rapid antigen home kit test ahead of the first day of school, in Jerusalem on August 31, 2021.(Olivier Fitoussi/Flash90)

“I appreciate the joint effort that allowed us to achieve our goal of opening the school year [on time],” said Shasha-Bitton. “Some parents have concerns, and I know it will not be easy, but we have a moral obligation to bring the children back to school. We owe them this as a society.

“Together we have built a program that will ensure as safe a return as possible for the students and ensure a routine and continuity of study,” the minister continued, adding that her office “will not hesitate to change and adapt the program according to the evolving reality.

“The education system is the solution, not the problem,” she said. 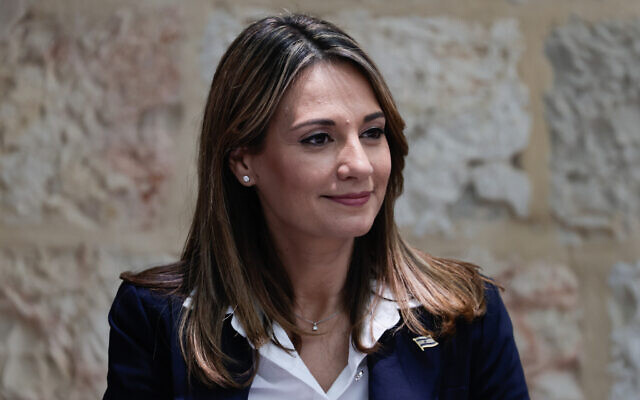 Shasha-Biton said that her office would focus this year on shrinking the gaps in progress created among students as a result of the pandemic over the past year and a half.

“We will emphasize the emotional and social aspects of our students because they are the infrastructure for optimal learning. A child who is not [emotionally] available for learning will not succeed,” she said.

Shasha-Biton said that some 18,000 teachers in the education system have not been vaccinated, along with another 18,000 teaching assistants and other educational staff, and urged them to do so. “There is a matter of personal example and commitment,” she said.

Staff who are not vaccinated must be tested every few days or they will not be allowed to work.

The minister did not rule out the possibility that schools might need to be closed if morbidity spreads, as was the case several times last year. “Things need to be addressed in a targeted manner. We will constantly monitor what is happening in the education system,” she said, while adding that her office has an obligation to provide children with routine.

Based on the Education Ministry’s plan for reopening schools amid the ongoing pandemic, daycare centers, pre-schools and grades one and two will hold regular in-person learning five days a week in towns designated as green, yellow or orange based on their coronavirus figures. 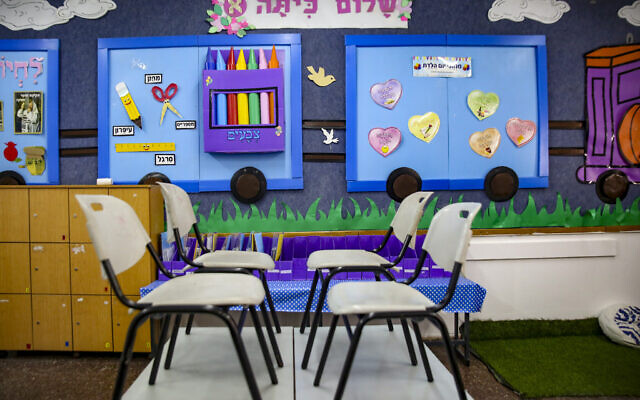 In towns designated as red due to high case counts, daycares, pre-schools and grades one through four will still be allowed to continue learning in person. However, grades five through seven will be required to learn outdoors or in small groups. Grades eight through 12 will be required to learn outdoors if less than 70% of students are exempt from quarantine thanks to vaccination or recovery. 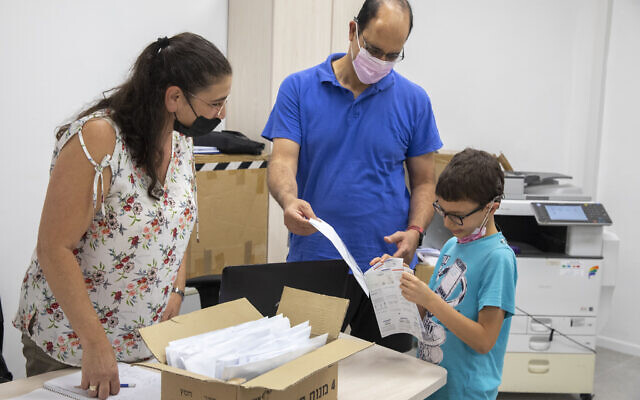 Parents and children from the “Cramim” school receive a COVID-19 home kit test ahead of the opening of the new school year, in Jerusalem, on August 30, 2021. (Olivier Fitoussi/Flash90)

Under the Education Ministry’s updated guidelines, anyone who enters a school or daycare will have to provide proof of vaccination or a negative coronavirus test result. Only tests authorized by the Health Ministry will be accepted.

While negative tests are required to enter classes on the first day, Channel 13 news reported that there is a significant shortage in the Health Ministry-approved rapid tests, and that this could cause as many as 250,000 students to not attend classes on Wednesday.

According to Kan news, more than 90,000 students are currently in quarantine — due to either being infected or having come in contact with someone who tested positive. More than half of those who tested positive for the virus on Monday were school-aged children.

Israeli schools are slated to return to session on September 1, even as new data shows that Israel had the world’s highest seven-day rolling average of new daily coronavirus cases per million people, according to figures published by the Oxford University-based Our World in Data on Tuesday.

The figures showed that Israel has overtaken Montenegro and Georgia with an average of 1,013 new daily cases per million people over a week.

Meanwhile, Health Ministry figures updated Tuesday evening showed that 11,077 new coronavirus cases were recorded on Monday, the first time that the number of daily infections in Israel has passed 11,000 since the pandemic began.

Another 5,393 cases had been confirmed by Tuesday evening, bringing the number of active infections to 83,470. 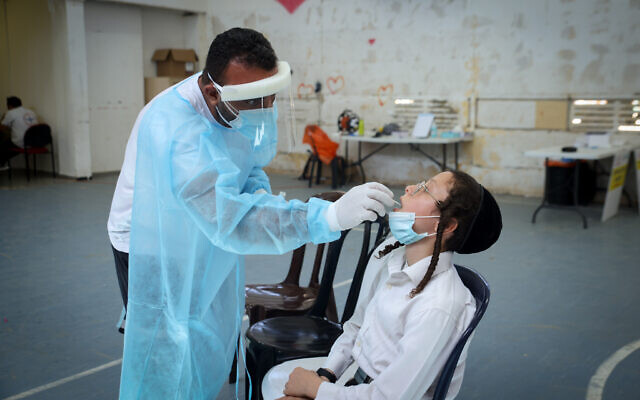 There were 716 people hospitalized in serious condition with COVID complications, including 159 on ventilators.

Of the over 88,000 tests performed since midnight, 6.35 percent had come back positive, which was down from recent days.