A woman was found dead in Haifa on Saturday night, with police arresting her husband and son as murder suspects the following day.

Belkin was discovered in her apartment in Haifa, with signs of violence on her body, according to Channel 12 news.

Police subsequently called her relatives in for questioning. Her daughter was released after the interrogation, but her 50-year-old husband and 20-year-old son were arrested, the network reported.

The report said police will submit a request Sunday to the Haifa Magistrate’s Court to extend the remand of both men.

A family neighbor told Channel 12 that someone in the building had overheard screaming and tense exchanges between the husband and wife, and that Belkin’s husband had appeared drunk and unable to stand up straight when leaving the apartment.

The neighbor, Etty Bar, said she hadn’t heard anything unusual on Saturday. She said the couple were new immigrants who had lived peacefully in the building for a year and a half.

“Very nice and kind, paid the building fees on time,” she told the network.

Magen David Adom medics pronounced Belkin dead at the scene after resuscitation efforts, according to Channel 12. Her husband reportedly called in the MDA medics, and was present in the apartment when they arrived.

“The plan to combat domestic violence from 2017 has not yet been implemented and hundreds of thousands of women in Israel live under daily, incessant terror,” she said.

A national plan to fight domestic violence was approved in 2017 by the Knesset but has since been abandoned, waiting for funding. Activists say most of the approved NIS 250 million ($71 million) has not yet been transferred to relevant authorities. 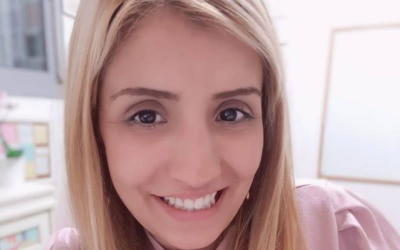 Diana Raz, a relationship mentor who was murdered on February 5, 2021, allegedly by her husband (Courtesy)

Like other countries, Israel has experienced a rise in domestic violence during the COVID-19 pandemic, as women have been forced to stay home under lockdown with abusive partners. In March, the brutal murder of Diana Raz by her husband sent shockwaves through the country.

According to government data, a third of the women killed by their partners in 2018 and 2019 had filed police complaints against the men accused of killing them. Six of the suspects in such murders between 2018 and 2020 had previous convictions related to domestic violence.

Last year, 25 women in Israel were killed by their domestic partner or someone close to them.