In the wake of Kristallnacht, a German-Jewish merchant named Otto Silbermann sees his seemingly secure life collapse. With Nazis ransacking Jewish homes and arresting Jewish citizens, Silbermann is forced to live on the run. His day-to-day life becomes a series of train journeys across the Third Reich as he looks to escape his increasingly antisemitic homeland.

This is the plot of “The Passenger,” a groundbreaking novel written in 1938 by German author Ulrich Alexander Boschwitz. It was reportedly the first literary work to address Kristallnacht, which erupted in Germany and Austria that November.

The novel’s backstory has as many twists and turns as the narrative itself. Boschwitz was a promising writer whose life became jeopardized under Nazism when he learned his family had Jewish roots. He himself went on the run, and during his flight through Europe, the 23-year-old author penned “The Passenger,” or “Der Reisende” in German. The refugee novelist was treated as an unwelcome arrival, first in the United Kingdom and then in Australia. Ultimately, he died while en route back to the UK, on a ship that was torpedoed by a German U-boat in 1942.

Although “The Passenger” was published during the author’s lifetime, it fell into obscurity. Now the novel and its author are undergoing a revival. German publisher Peter Graf, who has a track record of unearthing writers from his country who were lost to history, learned about Boschwitz from a surviving relative in Israel. This led Graf to find the original manuscript of “The Passenger,” located in Berlin. He revised the work based on this manuscript, aided by the author’s family.

“The Passenger” was published in Germany in 2018; now, thanks to Graf, an English-language version has also hit shelves, with a translation by Philip Boehm. It earned a top-10 spot on the hardcover bestsellers list of the UK-based Sunday Times.

In an email interview, Graf called the book “the earliest novel about the [November] pogroms.” He added, “There is no earlier literary text [about Kristallnacht] in the German language. That alone makes the book special, but perhaps more important is that Ulrich Alexander Boschwitz was only able to write this novel in this form because he did not know how the persecution and extermination of the Jews actually took place.”

Graf said that the novel reflects a “multi-layered view,” in which not every German that Silbermann encounters has bad intentions and in which the protagonist is not exactly heroic.

“Boschwitz felt that he was a German and that he belonged to German culture, and it can be assumed that knowing the actual extent of German crimes would have changed his writing,” said Graf.

The character of Silbermann is also seemingly entrenched in German society. He is a veteran of the Great War and a successful businessman who is devoted to his non-Jewish wife Elfriede and their son Eduard. Yet his business involves dismantling ships, and after Kristallnacht, his life gets dismantled too.

He and Elfriede separate; she goes to live with her brother. Eduard is in Paris and not terribly eager to help his father escape. Silbermann turns over his business to a non-Jewish employee, Becker, in a working relationship that sours. With no place to hide, Silbermann leaves his vandalized home to ride the German rail system or Deutsche Reichsbahn with a briefcase full of marks. He encounters fellow Jewish refugees, Nazi officials and soldiers — even a hint of romance. All the while, Silbermann hopes that one of these rides will get him out of Germany.

“Is it going to go on like this forever?” Silbermann wonders at one point. “The traveling, the waiting, the running away?” 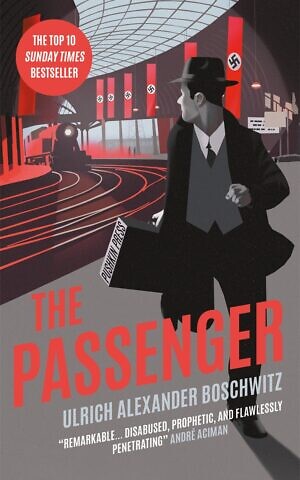 ‘The Passenger’ by Ulrich Alexander Boschwitz, published by Peter Graf and newly released in English translation from the original German. (Courtesy)

Boschwitz had already written one novel — “Menschen neben dem Leben” (literally: People Next to Life) — by the time he began “Der Reisende.” He wrote both novels under the pseudonym John Grane. His father was an assimilated Jew who died fighting for the Kaiser in World War I in 1915. His mother came from a well-known Protestant family and she raised her son Protestant as well.

Following Kristallnacht and after the family learned that it had Jewish roots, the Boschwitzes emigrated to different destinations. Boschwitz’s sister Clarissa Boschwitz left for Palestine, where she lived on a kibbutz. He and his mother arrived in the UK via a circuitous route that included Scandinavia and the Low Countries. Classified as an enemy alien, he was deported to Australia on the infamous refugee ship Dunera and placed in a prison camp there before getting his ill-fated chance to return to Britain.

When Boschwitz died, he was still in his late 20s. Graf noted that he had two other novel manuscripts, which have both disappeared.

Boschwitz’s surviving work has been making a gradual reappearance since the 1970s, when a young scholar named Thomas Hansen was doing research at Harvard on his dissertation topic, German exile literature from 1933 to 1945. Hansen came across a short entry on Boschwitz in an annotated list of such writers at a Harvard library. When Hansen visited his grandparents in New Haven, Connecticut, for Christmas that year, he serendipitously learned that his grandmother knew one of Boschwitz’s surviving cousins in Israel, Dvora Boschwitz. This ultimately led to him corresponding with Boschwitz’s Israeli niece, Reuella Shachaf. 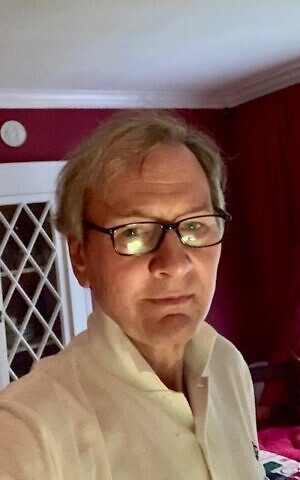 Shachaf sent Hansen a trove of materials relating to the late author, including photographs, passports, documents and school items. Several years ago, Hansen — now an emeritus professor of German at Wellesley College in Massachusetts — gifted this collection to the Leo Baeck Institute in New York.

“We can say, about this major, talented young person whose life was destroyed by the Holocaust and war, we do not know how things would have developed, but I would say his career was off to a fairly good start,” Hansen told The Times of Israel in a phone interview. “The fact was that so many people in exile couldn’t get published at all.”

Meanwhile, a few years ago, Graf published another rediscovered novel by a German exile author — “Blood Brothers” by Ernst Haffner, which was translated into Hebrew. According to Graf, after he had done an interview about this book, he was contacted by Shachaf, who told him about “The Passenger.” He went to Frankfurt am Main to find the original manuscript in the exile archives of the National Library. He wanted to publish it but recognized it was unedited, and said the family agreed to revise it.

After these revisions, Graf said, “I found the courage to edit the text with all possible respect for the author and his novel. I benefited from my long experience as an editor, but also from my reading experience with books from that time.”

The result has amazed critics and general audiences. 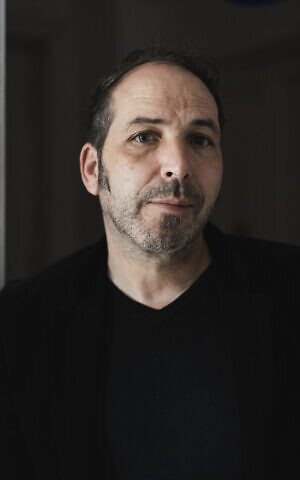 “Our archives are full of the papers of so many brilliant German-Jewish writers, thinkers, and artists whose careers were cut short, including [Ulrich] Alexander Boschwitz,” Dr. William H. Weitzer, executive director of the Leo Baeck Institute, said in a statement. “It is very gratifying to see their work find a larger audience through publications like ‘The Passenger,’ but it is also tragic when this success comes posthumously. Even more tragic is all the work that was never created.”

Graf reflected, “The fact that 80 years after its creation this book comes to the surface like a message in a bottle makes it a literary event. And it is almost incomprehensible that such a young writer could write so clairvoyantly and insistently about the situation in Germany at the time.”

He noted that while the novel is very much of its time, it is also a timeless reminder of the plight of refugees.

“If you look at the refugee problem today, you see that the willingness to help people in need is low,” Graf said. “And the more refugees there are, the less people are willing to help. This terrible and simple pattern runs through history. After the November pogroms in Germany, almost no country accepted Jews. They were trapped.”