Yair Netanyahu, the son of former prime minister Benjamin Netanyahu, has apologized to alumni of the Wexner Israel fellowships who sued him for tweets calling them members of a “secret cult.”

Dozens of prominent alumni filed the libel suit last year, demanding NIS 1 million ($303,000) in compensation for damage to their reputations, due to the younger Netanyahu’s smears against the prestigious leadership program at Harvard University’s Kennedy School.

The program is endowed by the Wexner Foundation, founded by fashion tycoon Leslie Wexner, who has faced scrutiny in recent years due to his close relationship with the late convicted pedophile Jeffrey Epstein.

Yair Netanyahu sought to have the suit dismissed but his claim that a group cannot file a libel suit was rejected by the court, and the sides then entered into arbitration.

The lawsuit specifically flagged tweets in which the alumni were called “crazy” cult members seeking to control Israel. In one post, Netanyahu referred to them as a “cult of pedophiles taking control of our country and carrying out a coup over the past four years.” Pressed to remove that post, he later insisted it referred only to Epstein.

As part of the arbitration agreement, Netanyahu issued an apology and promised not to repeat the claims on any platform. He also agreed to take down the social media posts in question and called on others to do likewise.

“Between the months of March and June 2020, I published offensive social media posts about alumni of the Wexner Foundation. After examining myself and learning of the background of the alumni, I believe that my remarks in these posts were incorrect and inappropriate, and I have decided to apologize for them,” Netanyahu said in the apology.

In response, the plaintiffs threatened to file additional libel suits against “whoever continues to spread lies about us.”

“For a while, Yair Netanyahu published and spread serious lies… and besmirched the actions of each and every graduate of the program,” the plaintiffs said in response. “The libel published by Yair Netanyahu caused real damage.”

Yair Netanyahu and many on the right have accused the Wexner Foundation of using its leadership program — attended over the years by many top Israeli officials — to push an alleged left-wing agenda.

Last year, the Wexner Foundation clarified its relationship with former prime minister Ehud Barak, revealing the nature of a $2.3 million payment it made to Barak that has long been the subject of right-wing conspiracy theories. It also distanced itself from Epstein, who was also friendly with Barak. 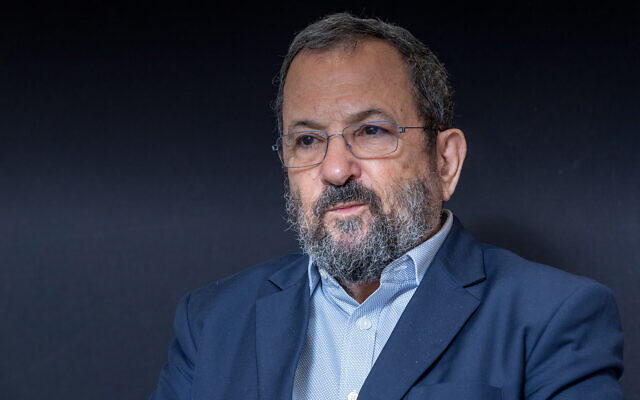 In a Hebrew-language statement, the foundation said Epstein had never donated to the foundation or been involved in its decision-making and said Barak had been paid the sum between 2004 and 2006 in exchange for two lengthy studies, one on the Israeli-Palestinian conflict and the other on leadership. Barak only completed one of those papers, but the foundation said it had decided at the time that the work it had received was sufficient to justify the paid sum.

Yair Netanyahu, 29, is no stranger to libel lawsuits and legal threats, with a court earlier this month rejecting his appeal to overturn a ruling against him, ordering him to pay hundreds of thousands of shekels in compensation and cover the court fees.

A prolific social media user, Netanyahu has a history of posting incendiary messages and tweets fast and often against those he believes have wronged him and his family.