The bill would make it easier for lawmakers to split from a party than allowed by the current law, which imposes penalties if a breakaway group does not comprise  at least a third of its Knesset faction’s membership.

Likud has 30 lawmakers in the current Knesset, meaning 11 MKs would need to break ranks together to avoid sanctions, which include the loss of future campaign financing. The proposal would change the law so a group as small as four MKs could to quit a faction.

The bill received initial backing last week from the Ministerial Committee for Legislation and is now due to come up for the first of three plenum votes it must clear to become law.

Avidar said Tuesday that he told coalition leaders they should yank the bill before its first reading and he would vote against it if they didn’t. He denounced the bill as perpetuating a “rotten political culture” that he said the new government should eb seeking to change.

“This law can be also called the ‘defector law’ and it ratchets up a notch the bar for political corruption in Israel. Four MKs who want to vote with the coalition for ideological reasons can do so from the opposition benches,” Avidar wrote on Twitter.

He noted efforts by Netanyahu and the ex-premier’s political allies to flip MKs from the factions that support the government before it was sworn in last month, promising them plum posts or threatening to stoke popular sentiment against them.

“It’s inconceivable for us to act in the same way as the government we came to change,” Avidar said. “The public elected us to effect change and reform and not in order to  continue to do the exact same things.”

If Avidar votes against the bill, at least one opposition MK will need to abstain or back the bill for it to advance, assuming the rest of the coalition votes for it. The parties that back the government together have 61 seats in the 120-seat Knesset.

On the day of the new government’s swearing-in last month, Avidar said he would no longer vote along party lines, retaliating after Yisrael Beytenu chief Avigdor Liberman did not grant his choice of ministerial posts.

However, Avidar later clarified he was committed to the government and was praised by Liberman for taking part in anti-Netanyahu protests over the past year. 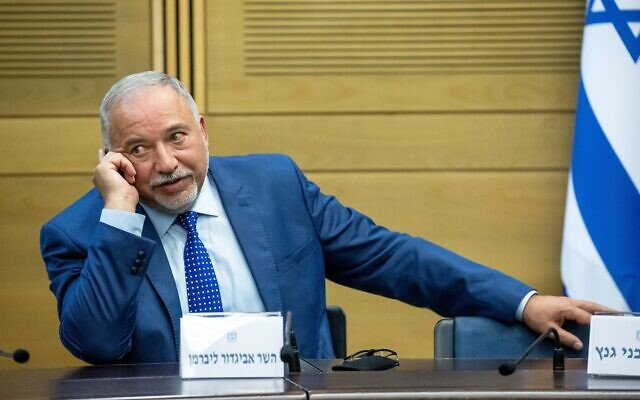 Avidar’s announcement he would oppose the bill came hours after the coalition was dealt a major blow by the Knesset failing to approve an extension of the contentious Palestinian family reunification law, after a rebel MK from Prime Minister Naftali Bennett’s Yamina party cast the deciding vote against it.