Your ultimate ‘unlockdown’ guide: Get ready for your first trip to the pub in three months… from hairdressers and gyms to care homes, how life in England will be (a little) more free from April 12th

By John Stevens Deputy Political Editor For The Daily Mail

Hairdressers, shops and beer gardens can reopen on Monday for the first time in more than three months as England takes a major step towards the end of lockdown.

Boris Johnson said he is looking forward to a pint of beer next week as he last night confirmed the next stage in his roadmap for easing restrictions.

The Prime Minister told a Downing Street press conference the success of the vaccine rollout means he is ‘sticking like glue’ to his plan to unlock.

‘All the data that I can see suggests to me that we have no reason to deviate from it,’ he said.

It means large swathes of the economy that have been closed since at least the beginning of January when the third national lockdown was announced can finally resume trading.

Hairdressers, shops and beer gardens can reopen on Monday for the first time in more than three months as Boris Johnson announced that England could take a major step towards the end of lockdown 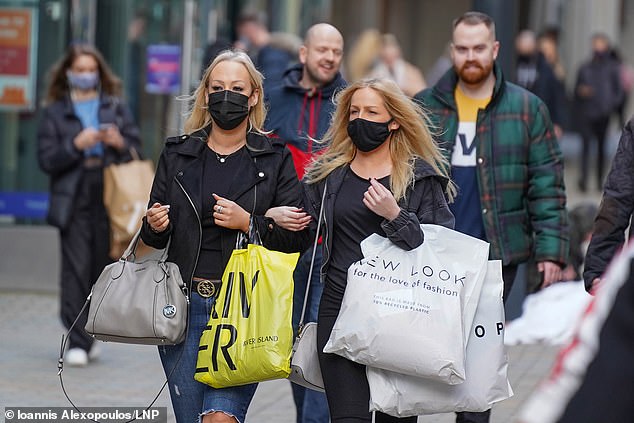 High street retailers, hairdressers, barbers, beauty salons and nail bars are on the list of premises that can open their doors from Monday 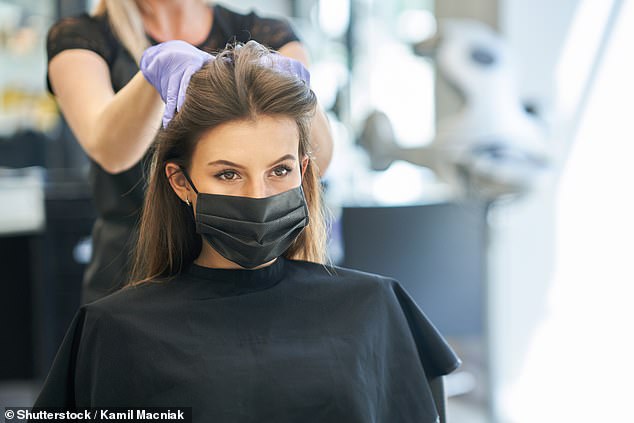 All non-essential shops will be allowed to reopen, as will hairdressers, beauty salons and gyms. Like in Scotland today, queues are expected outside hairdressers as people rush to get a long-awaited trim 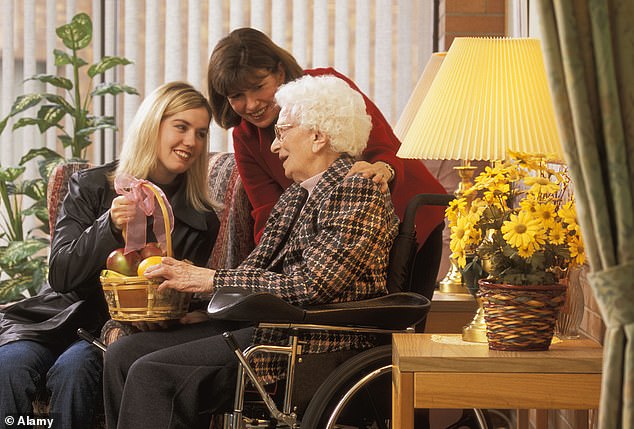 New care home rules will allow residents to have two visitors, rather than just one. Babies and toddlers under the age of two will also be allowed to see their relatives

High street retailers, hairdressers, barbers, beauty salons and nail bars are on the list of premises that can open their doors from Monday.

In some parts of the country, including London and much of the South East, these have been shut since the week before Christmas – meaning shops were not able to have Boxing Day sales.

The Prime Minister last night confirmed his four tests had been met for moving to the next stage of his lockdown easing roadmap – the continued success of the vaccine rollout, the impact it is having on hospitalisations and deaths, the NHS not being overwhelmed, and no new variants of concern.

He told the press conference: ‘On Monday I will be going to the pub myself – and cautiously but irreversibly raising a pint of beer to my lips.’ But Mr Johnson added: ‘We can’t be complacent. We can see the waves of sickness affecting other countries and we have seen how this story goes.

‘We still don’t know how strong the vaccine shield will be when cases begin to rise, as I’m afraid that they will, and that’s why we are saying please get your vaccine, or your second dose, when your turn comes.’

Here, the Mail looks at what restrictions are set to be lifted from next Monday, where the government stands on summer holidays abroad, and the likelihood of vaccination passports becoming the ticket back to normality:

What will change on April 12? 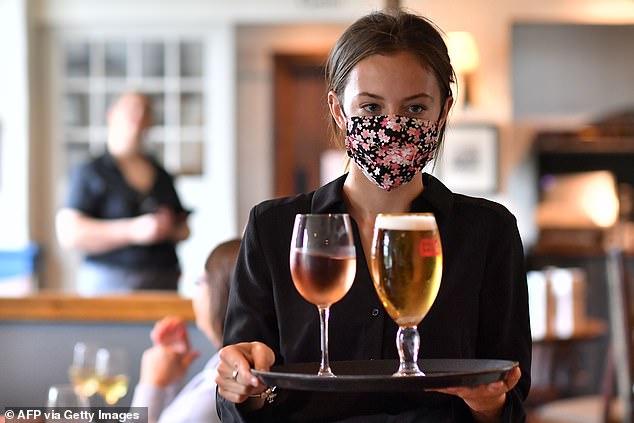 Pubs, restaurants and cafes can reopen for outdoor service, but will have to wait until at least May 17 to serve customers indoors 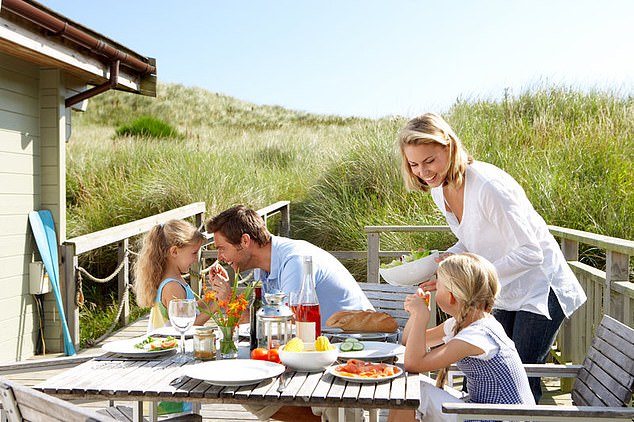 Self-catering accommodation, including campsites, can reopen, but hotels and B&Bs must remain closed until at least May 17. People are still being advised not to book foreign trips 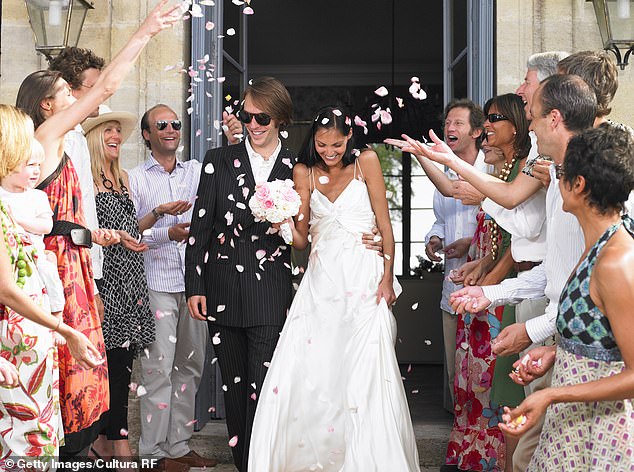